From September 30 to October 4, 2019, the delegation met with party representatives from across the political spectrum. This included the Election Commission; members of Parliament; government officials; civil society representatives, including leaders of citizen election observer groups; women political activists; representatives of media-related organizations; and representatives of the international and diplomatic communities. Based on these meetings and on-the-ground observations, the delegation’s statement offers recommendations to help improve the prospects for transparent, secure and credible elections, as well as public confidence in the process.

These recommendations are intended to address key challenges Sri Lanka faces ahead of the election, such as concerns regarding understanding of the preferential voting system, barriers to the full participation of women and other marginalized groups, partisan media coverage, and a lack of campaign finance laws.

"Sri Lanka is facing a consequential national election, one that could determine the future direction of the country’s democracy,” said delegation leader Ambassador Karl Inderfurth, former Assistant Secretary of State for South Asian Affairs. “The 2019 Easter Sunday attacks threatened to undermine the harmony that Sri Lanka has long sought. This election is an opportunity for the country to reinforce its commitment to pluralism and peaceful coexistence. Ethnic harmony is crucial to the country’s underlying peace and security.”

"This election is a unique chance for Sri Lanka to move forward and reaffirm pluralism and diversity that are vital to peace and progress,” said former Deputy Assistant Secretary of State for Political-Military Affairs Kara Bue, who also led the delegation. “We also look forward to future elections that should present additional opportunities for women to be included in political leadership positions.”

IRI and NDI conducted this mission in accordance with the Declaration of Principles for International Election Observation and recognize that it is the people of Sri Lanka who will determine the credibility and legitimacy of their elections and their country’s democratic development.

View this press release in Sinhala and Tamil. 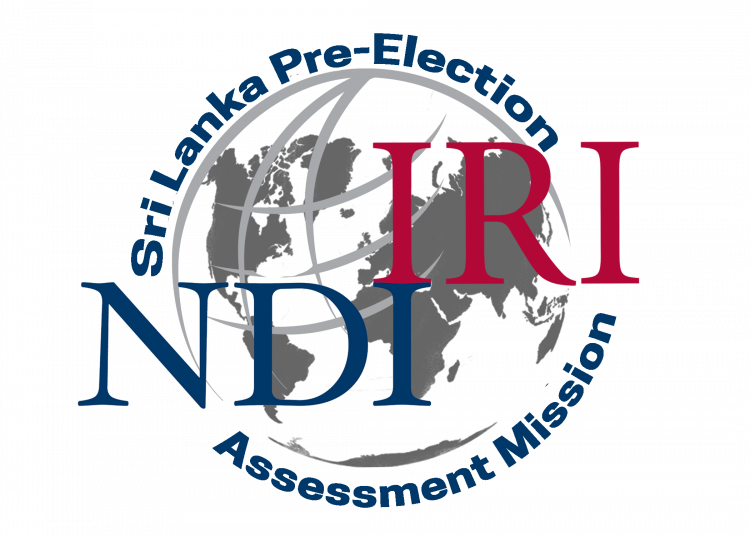