Kyiv, Ukraine – The National Democratic Institute (NDI) announced today the arrival of a high-level international delegation to observe the March 31 presidential election in Ukraine. The 32-member delegation includes representatives from nine countries and has been accredited by the Central Election Commission. The delegation will issue a preliminary statement of its findings at a press conference scheduled for April 1.

The delegation will build on the work of NDI’s pre-election assessment mission conducted in November, as well as the findings of long-term analysts who have been in Ukraine since January.

“This presidential election is occurring at another critical moment for Ukraine,” said William Taylor, former U.S. ambassador to Ukraine and executive vice president of the United States Institute of Peace (USIP). “We see that Ukrainian citizens remain committed to a democratic and European future. A peaceful, orderly electoral process that inspires public confidence will bring the country closer to those aspirations. It will thus be important for all of us – the international community and Ukrainians – to contribute to the integrity of the election.”

The delegation’s purpose is to demonstrate the international community’s continuing support for democratic processes in Ukraine and to provide an objective assessment of the election process and the political environment surrounding it. Members of the delegation will meet with party and campaign representatives, government and election officials, as well as representatives of civil society, the media and the international community in Kyiv and 13 regions of the country. On election day, the NDI observers will visit polling stations for the opening, voting, closing and counting processes in their assigned regions. Their findings will inform a preliminary statement, which will be released at a press conference scheduled for April 1.

NDI has organized international observation missions or assessments in more than 65 countries for more than 135 elections, earning a reputation for impartiality and professionalism. The NDI observer mission will conduct its activities in a nonpartisan, professional manner, in accordance with Ukrainian law and the Declaration of Principles for International Election Observation. NDI also will remain in close contact with Ukrainian monitoring groups and other international observer delegations throughout the electoral period. The work of this mission is made possible with the support of the U.S. Agency for International Development (USAID).

NDI is a nonprofit, nonpartisan organization working to support and strengthen democratic institutions worldwide through citizen participation, openness and accountability in government. For more information about NDI and its programs, please visit www.ndi.org. 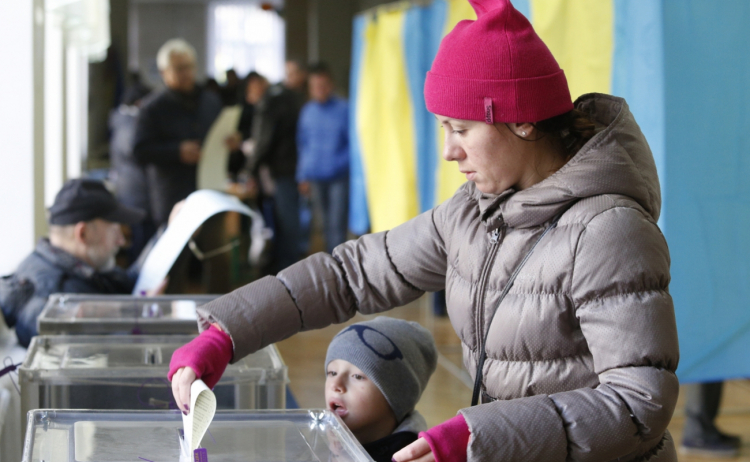