A strong and vibrant democracy is dependent on information integrity to enable citizens to hold their government accountable on the basis of accurate information. Since independence in 2008, Kosovo has made great strides in developing strong democratic institutions. However, the country faces deep partisan divides, unresolved ethnic tensions, marginalization of women, frequent electoral campaigns, and low government responsiveness to citizens’ concerns. This environment makes Kosovo susceptible to anti-democratic narratives which spread quickly and widely, affecting public opinion.

To better understand this challenge, in March 2020, with the support of USAID, NDI/Kosovo launched a comprehensive, systematic monitoring program of online portals and social media to examine the integrity of information in Kosovo’s media environment in both the Albanian and Serbian languages. NDI/Kosovo evaluated the content across these outlets, flagging content likely to be false, skewed, misleading, or inaccurate to provide insights into the types of disinformation created and shared by online media platforms.

NDI/Kosovo monitoring of the media during Kosovo’s February 14, 2021 parliamentary elections can be found in this separate report.

The review found that the country’s media environment featured widespread information disorders. Present in the media were false information on the COVID-19 pandemic, harsh language which exacerbated political tensions among the parties, and misogyny. Political leaders used the media to spread false information on negotiations between Kosovo and Serbia and the Special Court. Kosovo, like much of the Balkans, is vulnerable to information manipulation campaigns engineered from abroad that aim to sow confusion and discord in the region. This review found that Russian portals spread false and skewed information in the media, as did media from Serbia, China and Turkey, which contributed to political division in Kosovo.

We hope this study will galvanize Kosovo’s citizens, media, and government to recognize this urgent threat and develop the tools necessary to combat it and protect its democracy. NDI/Kosovo is working to identify threats to Kosovo’s democratic information environment, increase resilience to these threats, and build tools with our partners to advance systemic responses for a stronger information environment for all of Kosovo’s citizens. 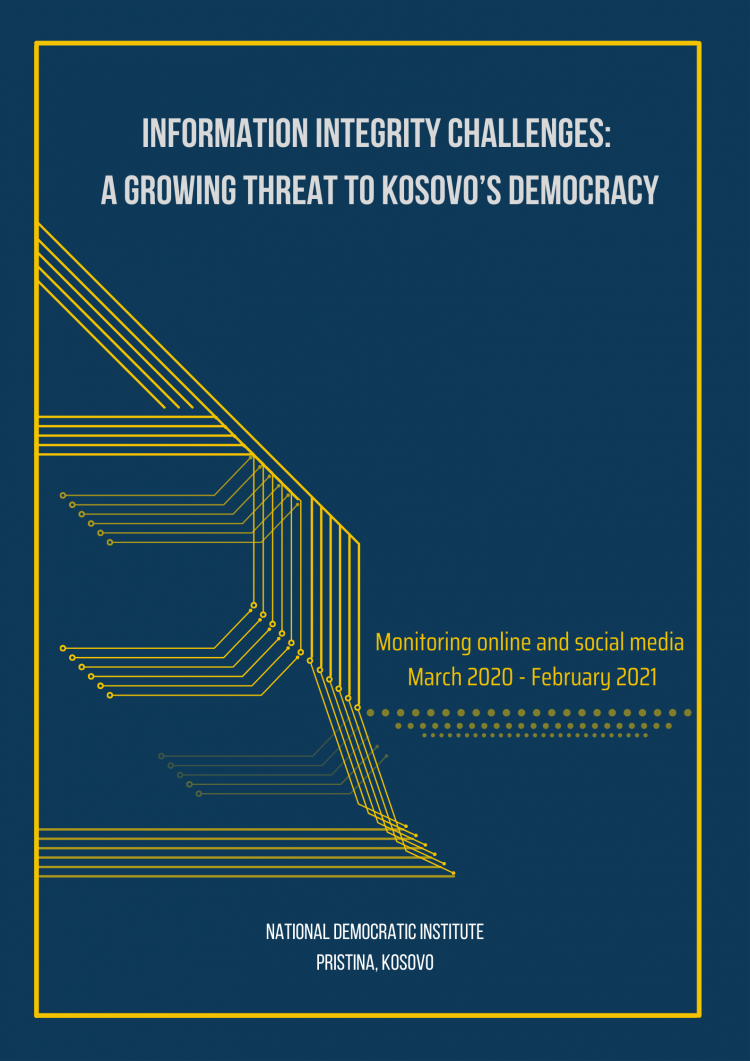