TBILISI – Poll results released today by the National Democratic Institute (NDI) and CRRC Georgia show that although citizens evaluated the conduct of local elections in October mostly favorably, citizens are increasingly unhappy with the direction of their country and highlight a number of economic and environmental issues as their top priorities. A plurality, 39 percent, of Georgians believes that the country is going in the wrong direction, surpassing those who think the country is going in the right direction (26 percent) or staying the same (32 percent) for the first time in a year. Employment remains the number one national issue, while roads and pollution of environment continue to be a priority at the local level. Environmental concerns rank high in Tbilisi where it is the number one local issue.

“At a time when the government is eliminating the environmental ministry as a stand-alone institution, Georgian citizens are demanding that resources and policies for environmental improvement not be neglected,” said Laura Thornton, NDI senior country director.

In the October local government elections, 66 percent of Georgians reported that they voted, while youth turned out at lower rates than the rest of the population at only 51 percent. A vast majority of voters assesses the elections as “safe” (93 percent), “well-ordered” (93 percent), and “without intimidation” (92 percent), and believes the election commission performed “average” (40 percent) or “well” (42 percent). However, almost a third (30 percent) of respondents are not confident in the vote counting process. Almost a third of Georgians also believe that media coverage of contestants was imbalanced, state money was misused, and public officials participated in election campaigns. These percentages were higher in Tbilisi.

“While the public approves of the overall election process in many regards, it is alarming to note the number of citizens who lack faith in the counting of ballots, consistent with the observations of election monitors. The election commission and policymakers should consider reforming counting procedures to ensure confidence in the country’s elections and results,” said Thornton.

“This is a troubling revelation and part of a global trend of distrust in journalism and news sources,” said Thornton. “Efforts are urgently needed to strengthen journalistic integrity and standards, monitor and implement checks on disinformation, and build reliable news sources for the Georgian public.”

Foreign policy views are consistent with previous polls, with 72 percent of Georgians approving of joining EU and 64 percent approval of NATO membership. A plurality, 41 percent, of Georgians assess Russia’s military as stronger than that of the United States, while 36 percent believe the U.S. to be stronger. This finding could reflect perceptions of relevance or impact as it relates to Georgia, rather than actual capabilities.

NDI surveys public opinion to help Georgian stakeholders diagnose and address issues of public concern by providing accurate, unbiased and statistically-sound data. This poll aims to capture the most relevant information to foster the development of responsive policies and governance. A wide range of leaders from across the political spectrum have reported that the polls are important to their work and encourage continued polling.

Survey results reflect data collected from November 29 to December 19, through 2,298 face-to-face interviews with a nationwide representative sample (excluding occupied territories). The average margin of error is +/- 1,9%.

NDI’s survey work is funded with UK aid from the British people.

NDI is an independent, nonprofit, nonpartisan organization working to support and strengthen democratic institutions worldwide through citizen participation, openness and accountability in government. More information is available at www.ndi.org. 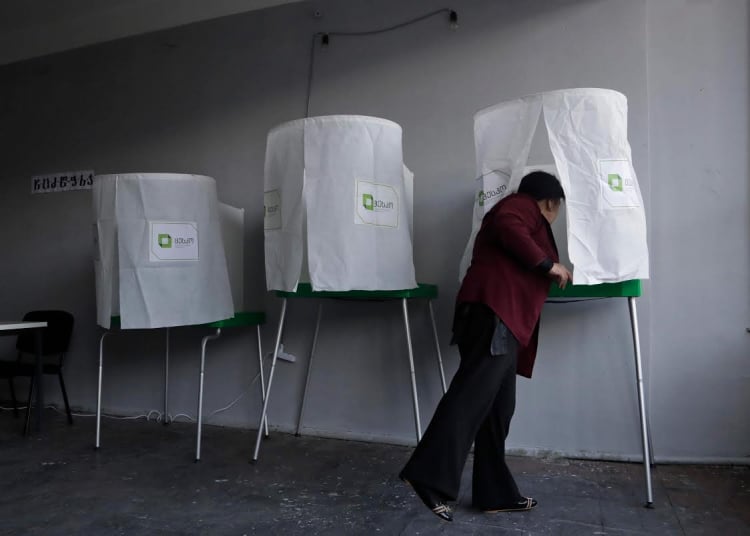