Washington, D.C. - The National Democratic Institute (NDI)’s Board of Directors has voted to approve former Ambassador Derek Mitchell as its new president.

In announcing the decision, NDI Chairman Madeleine K. Albright said, “I am excited and pleased that Derek Mitchell has agreed to take the helm of NDI at this critical moment in the global struggle for democratic institutions and values. Throughout his varied and stellar career, Derek has been an innovator, a successful leader, and an eloquent advocate for improved governance and larger freedom. No one grasps better than he the intimate connection between the health of democracy abroad and the security of America at home. He is a worthy successor to our distinguished outgoing President, Kenneth Wollack, and I am confident that he will guide our organization with boundless energy and clear vision for many years to come.”

From 2012 to 2016, Derek Mitchell served as U.S. Ambassador to Myanmar (Burma). Prior to that, he was a Principal Deputy Assistant Secretary of Defense, and from 2001 to 2009, a senior fellow for Asia at the Center for Strategic and International Studies (CSIS). From 1997 to 2001, Mitchell was Special Assistant for Asian and Pacific Affairs in the Office of the Secretary of Defense. He began his service in Washington from 1986 to 1988 as a foreign policy assistant in the Office of Senator Edward Kennedy.

Ambassador Mitchell’s selection as president of NDI represents a homecoming. For nearly four years, in the mid-1990s, he was a Senior Program Officer for NDI, first in Asia and then in the former Soviet Union. “The emerging challenge to democracy worldwide is a defining issue of our times,” Ambassador Mitchell commented. “I am honored after more than 20 years away to return to NDI, the gold standard in democracy work, to lead its first-rate team during this critical time. NDI’s mission has never been more important.” He will begin his new duties on September 4th.

“The Institute will be fortunate to benefit from Derek’s leadership, experience and expertise,” said NDI President Kenneth Wollack, who announced last fall that he would be retiring. “As a former NDI program officer, Department of Defense official, and as special envoy and later ambassador to Myanmar, he has always had a deep and abiding commitment to efforts that advance democracy globally -- efforts that reflect the values and serve the interests of the U.S. Under Derek’s capable leadership of a dedicated and talented staff, the Institute will be in a strong position to respond to new opportunities and challenges.”

Now in its 35th year, the National Democratic Institute is a nonprofit, nonpartisan organization working to support and strengthen democratic institutions worldwide through citizen participation, openness and accountability in government.

More information on NDI and its work can be found at: www.ndi.org 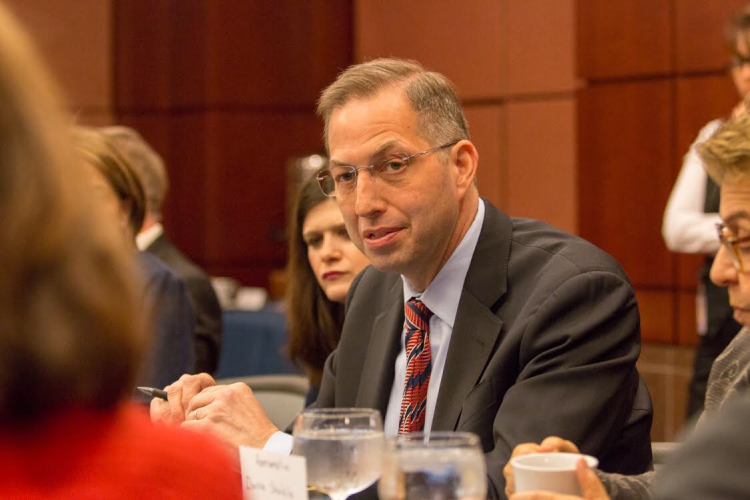