Elections are a basic feature of democracy, and a strong democracy depends on the upholding of democratic principles. A free and fair election relies on several key processes that occur before polling, on election day, and after. Among other things, the amount and the quality of information available to candidates, observers, and citizens is important in order to assist them make informed decisions during the elections.

To evaluate the transparency and openness of public-interest data related to the 2022 National General Election, the Political Science Department of the University of Papua New Guinea (UPNG) identified 15 electoral processes to be monitored, from December 2021 to October 2022, with technical and financial assistance from the National Democratic Institute (NDI).

“Papua New Guinea signed onto the OGP in 2015 and adopted commitments to improve access to information of public interest. Being able to satisfy this in terms of election data contributes to upholding transparency, accountability and public participation, and increases public confidence in the electoral process and the government of the day” said Russel Kitau, university tutor and project manager.

Building on a 2021 Regional Baseline Assessment on Data Openness in the Pacific Island Countries, the report highlights a number key findings that point to overall challenges inhibiting the transparency of election data in PNG. First, the research found that low levels of education, access to information, and demand for election data have put little pressure on key bodies to make election data available to the public. Additionally, there’s slow uptake of online connectivity and making information available online. Official data on security incidents especially is key to assessing how ethnic fragmentation and other interrelated factors continue to drive high levels of election-related violence.

While key legislation is publicly available, public awareness remains low. Similarly, the new Voter Look-Up system is a welcome innovation, but its implementation should be strengthened to be broadly utilized by voters.

Challenges in gaining access to data from public institutions with key roles in the election indicate a prevalent culture of reluctance to release information of public interest, and budget and campaign finance data seemed to be the most difficult to obtain.

A lack of funding has affected the preparedness of the EMB to deliver the election and ensure that key data is made available to all stakeholders—including candidates, voters, and observers—in a timely manner. However, poor management and limited technical capacity also contributed to ineffective and untimely implementation of electoral activities, such publishing new electoral boundaries and the polling schedule.

The report puts forward several key recommendations that will be shared with relevant stakeholders as a means to advocate for electoral reforms ahead of the next national election scheduled for 2027.

Recommendations for Government and lawmakers include: prioritizing election fundings for next elections, relevant public departments to strengthen OGP through working to ensure openness of election data, and conducting a nationwide census prior to the next elections to address inaccuracy issues with the electoral roll experienced in the 2022 elections.

Recommendations for the EMB include timely communication regarding voter registration sites to increase voter education and awareness and prioritizing the timely and regular update of election information via the EMB official website.

Recommendations for development partners, non-governmental organizations, and other civil society actors include: providing support to the government and citizen efforts to enhance actions for open election data through technical or financial assistance; support the EMB to raise awareness on voting and electoral processes; maintain an open public forum through the media discussing election-related issues to maintain public awareness; and maintain pressure on sitting government to address these issues through policy making or amending of laws.

“The UPNG Political Science Department holds a diversity of staff who have regularly participated in the election process through election related studies, election observation and publishing work on elections. The department plans to remain committed to enhancing the electoral process in PNG by growing as a think-tank for elections as well as other political issues in the country. In an effort to further improve the department’s involvement in enhancing elections in PNG, the department aims to enter more strategic partnerships and initiatives such as that with the NDI,” added Michael Kabuni, University Lecturer and open data researcher.

This program is funded by the United States Agency for International Development through the Consortium for Elections and Political Process Strengthening (CEPPS). 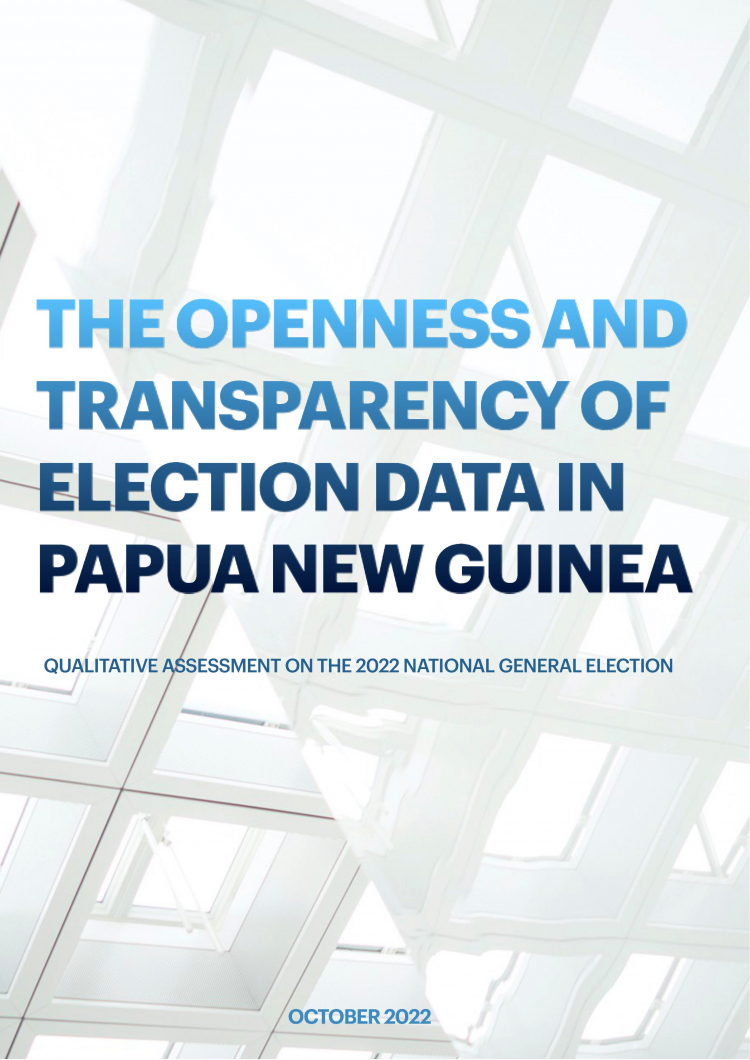