Former President Johnson Sirleaf expressed the delegation's commitment to observing these important elections. “These elections provide an opportunity for Zimbabwe to make a clear break with its past,” she remarked. Former Interim President Samba-Panza added, “Our presence here reflects the significance of these elections not only for the Zimbabwean people, but for all of Africa.” Congresswoman Bass added that “I'm delighted to be part of the leadership of this joint IRI-NDI international election observation mission. We hope our presence will help contribute to more credible elections.”

In addition to the leadership, the delegation will include 22 short-term observers who will be arriving on July 24.  They will join the 25 long-term staff who are currently in Zimbabwe, including 14 long-term observers covering all 10 provinces of Zimbabwe.  The IRI-NDI observation effort, which began with an in-country presence on April 23, also included a June 3-8 Pre-Election Assessment Mission, which issued a detailed statement at the conclusion of the mission that set forth 13 recommended steps for enhancing public confidence in the electoral process.

IRI and NDI have organized more than 200 international election observation missions around the globe, earning a reputation for impartiality and professionalism. In Zimbabwe, the IRI-NDI mission will conduct activities in accordance with the Declaration of Principles for International Election Observation and Code of Conduct launched at the United Nations in 2005 and will base its findings on international standards for elections. The mission’s approach is consistent with regional instruments to which Zimbabwe is a signatory, including the African Union Declaration on the Principles Governing Democratic Elections in Africa and the Southern African Development Community (SADC) SADC Principles and Guidelines Governing Democratic Elections. All activities will be conducted on a strictly independent and nonpartisan basis, without interfering in the election process and in conformity with the laws of Zimbabwe.

The International Republican Institute is a nonprofit, nonpartisan organization dedicated to advancing freedom and democracy worldwide. IRI enables political parties to become more issue-based and responsive, helps citizens to participate in government planning, and works to increase the role of marginalized groups in the political process. Since 1983, IRI has monitored 205 elections in 57 countries through international observation missions and assessments. For more information, visit www.iri.org.

The National Democratic Institute is a nonprofit, nonpartisan organization working to support and strengthen democratic institutions worldwide through citizen participation, openness and accountability in government. Over the past 35 years, NDI has conducted more than 150 election observation missions in 62 countries. For more information, visit www.ndi.org. 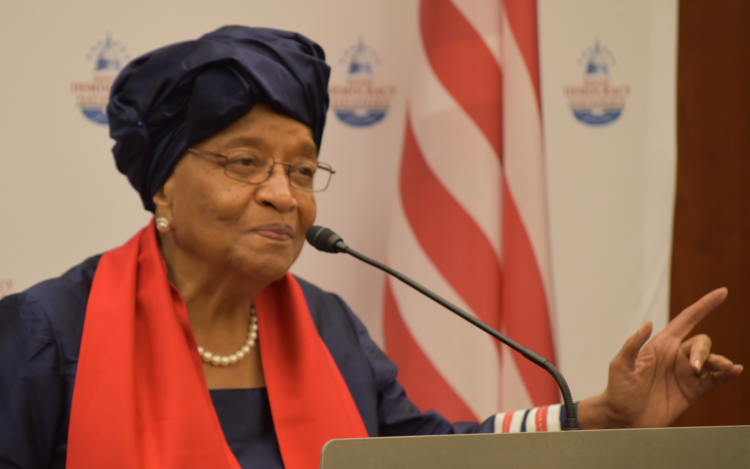