Dr. Jennings was known simply as Keith, but also to others far and wide as “Kamu”, a name he adopted early in his college years at Fisk University.

Keith was with NDI for more than two decades, serving in a multitude of senior leadership positions including regional director for Southern and East Africa; resident director in Indonesia, Liberia, Mozambique, Nigeria, the Philippines, South Africa and Zambia; and as director of our Citizen Participation team.

Prior to joining NDI in 1994, Keith already had a very distinguished career, championing the cause of equal rights, justice and dignity for all through organizations such as Amnesty International, the World Council of Churches, and the NAACP. Keith brought his deep experience and personal relationships from the U.S. civil rights and trade union movements to NDI’s work abroad. In 2018, Keith left NDI to return to his organizing roots as President of the African American Center for Global Politics and Human Rights in Atlanta, Georgia, where he led efforts to make voting rights equal and accessible to every American.

Since his passing, NDI has heard from many of our partners across the world where Keith led democracy support programs. They have shared fond memories of the indelible mark Keith left on democratic progress in their respective countries. Keith was revered by political leaders, activists and officials alike. A larger than life personality, Keith was unique in how he made everyone feel valued and appreciated. His sense of humor and mastery of local colloquialisms was infectious. He was deeply committed to creating political leadership opportunities for youth and women, especially in Africa, where their marginalization was most prevalent. Those who worked under Keith’s leadership learned much from him over the years, and can still hear his voice as he urged: “don’t major in the minor,” “do your best” and “you don't have to thank me for doing my job!”

To many at NDI’s head office in Washington DC, and in our offices around the world, Keith was a friend, mentor, permanent source of inspiration, and a treasured colleague. His work will live on in every person he touched, and in every effort to bring dignity to those most disempowered and marginalized. He was central to so much of what NDI is all about, and he will be deeply missed.

NDI sends our deepest condolences to Keith’s family. Keith’s passing occurs during Black History month as America celebrates the contributions of African-Americans. In that light, we join in celebrating Keith’s life and legacy, and will forever keep his memory as a blessing. 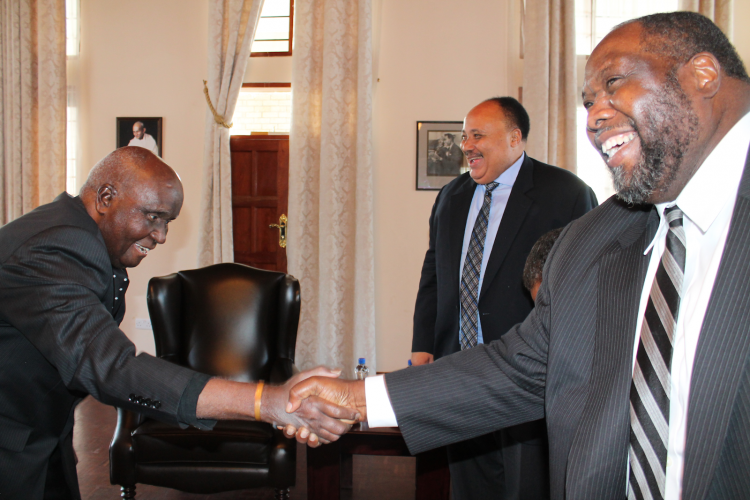