The NDI team is deeply saddened to announce the sudden passing on January 25, of NDI Hungary staff member Jenő Setét.

Jenő Setét was one of Hungary’s best-known and most dedicated Roma civil rights activists, known to his friends and supporters as Jenő.

He was renowned for his fierce commitment to human rights, democracy, and for standing up to racism. As perhaps the most prominent Roma activist in Hungary, Jenő publicly fought oppression directed not just against his people, but against injustice that targeted any group of people. Two days before his death, he celebrated his 50th birthday. In his video message to his supporters that day, Jenő highlighted the structural racism that affects Roma communities: he said that he was lucky to have lived to this age, since none of his Roma male relatives survived past the half-century mark because of the multiple discrimination that they suffered.

The Budapest-based Roma Press Centre who announced his passing, mentioned in their obituary that: "during the Census of 2011, he organized a campaign by mobilizing thousands of activists to get more people to profess their Roma identity. Later, he gathered these activists into a large network, consistently refusing to allow it to be used for political games. Instead, Jenő created a community that has been active for ten years and which in 2018 became a formal NGO called We Belong. "

Derek Mitchell, President of NDI highlighted the importance of Jenő's commitment to democracy: "Our colleague Jenő Setét was a valued member of NDI’s team, and he leaves a lasting legacy in Hungary, as well as the Institute. We mourn an outstanding colleague who, while a fierce supporter of democratic principles, never allowed himself to be influenced by any political faction, instead standing up for the civil rights of all."

Jenő initiated and organized the annual Roma Pride Day events in Hungary and fought consistently against segregated education and more broadly, for the rule of law in Hungary. Jenő's contribution to the cause of civil rights was recognized through numerous awards: the Roma Civil Rights Prize ( in 1997), the Solt Ottilia Prize (in 2007),  the Human Rights Memorial Plaque (in 2008), the Black Panther Prize ( in 2012), the Raoul Wallenberg Prize (in 2020). 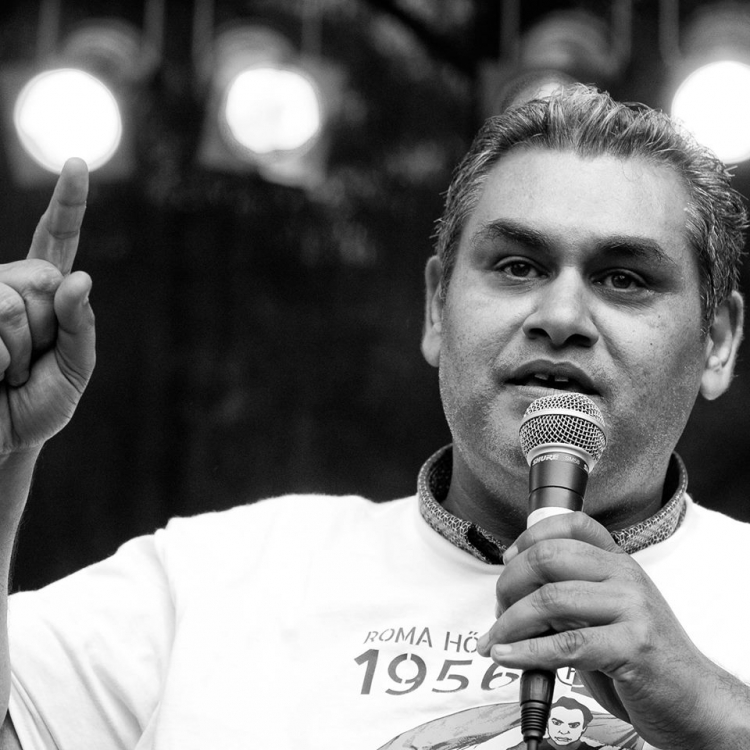