Read the Full Report
The 2019 pro-democracy demonstrations and the success of pro-democracy candidates in the November 2019 District Council elections was initially viewed as a harbinger for universal suffrage in Hong Kong. However, developments throughout 2020 and 2021 proved otherwise. Over the last two years, Hong Kong has experienced intense democratically regressive social and legal reforms. Instead of being a springboard to universal suffrage in Hong Kong, the 2019 demonstrations are quickly turning into the apex of a now suppressed civilian-led pro-democracy movement. The draconian National Security Law (NSL) was imposed in response to the 2019 protests and concern over pro-democracy electoral success. The actions of the Beijing and Hong Kong governments under the NSL have rapidly reshaped the political foundation of Hong Kong society by marginalizing the voices of pro-democracy activists and politicians. Further, even the voices of everyday citizens are marginalized: revoking their right to peacefully protest, increasing censorship of the media they consume, and controlling who they can vote for by vetting candidates.
As Hong Kong society closes, collecting accurate unbiased information on citizen opinion is becoming simultaneously more challenging and more important. In this new political environment, data and analysis of public sentiment towards recent changes is imperative to inform international and domestic policy discourse on Hong Kong. As the National Democratic Institute (NDI or the Institute) was sanctioned by China in 2019 and the political environment increases the risk associated with participating in any activity seen as pro-democracy, NDI commissioned an anonymous secure online survey to measure public perception in Hong Kong on the postponement of the 2020 Legislative Council (LegCo) election, the disqualification of pro-democracy LegCo members and changes in governance. The data collected by NDI through the online polling technology illustrates a society politically polarized around support for democracy and how decisions should be made.

Furthermore, one finding in particular is critical in consideration of recent developments: the correlation between the type of media consumed and respondent opinion of candidates’ ability to participate in a free and equal election. Those who lacked confidence in the elections trusted social media the most overall for news and trusted Apple Daily the most among various newspaper sources. Since NDI’s poll was conducted, Apple Daily was forced to shut down, ceasing all publication despite a large display of public support. In addition, an Israeli company, Wix, was pressured to remove pro-democracy online content published by the Hong Kong diaspora community. Limiting access to certain media pushes a pro-Beijing and anti-pro-democracy narrative over allowing citizens access to a variety of perspectives to form their own opinion on the health of Hong Kong’s political system.

This survey reveals critical information that can help decipher the rapid changes occurring in the Hong Kong political, social and governance structure, such as the following critical findings:

In addition to the societal and governance changes captured in this survey, new developments have already rapidly occurred. This includes electoral system changes in March 2021, the spike in sentencing of pro-democracy figures through early 2021 and the shutting down of Apple Daily in June 2021, one of the most trusted news sources in Hong Kong. These changes bring new significance to data on trust in the electoral process and in media sources. This report is a necessary step to decipher the complex political environment in Hong Kong and inform the multitude of domestic and international stakeholders engaged in discussions on Hong Kong. It can help ensure differing resident perspectives are equally available and incorporated in all discussions despite increased censorship. 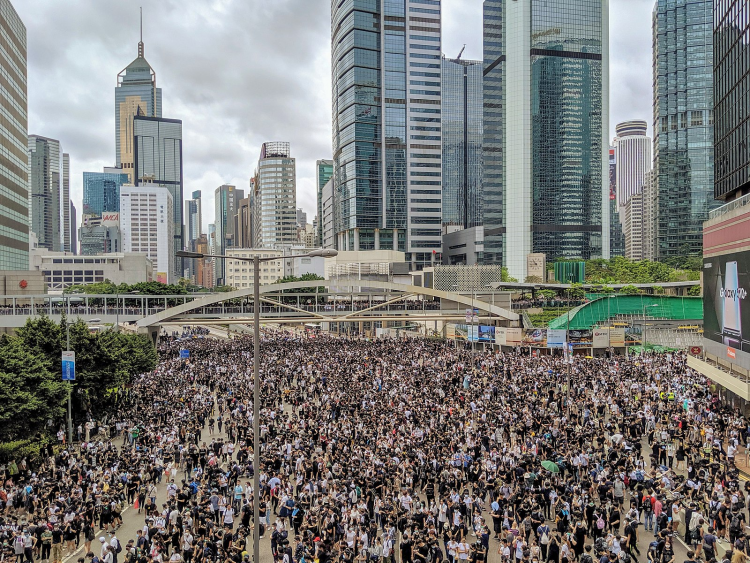