In 2016, the National Democratic Institute for International Affairs (NDI) launched the #NotTheCost campaign - a global call to action to raise awareness to stop violence against women in politics. The campaign’s title reflects the fact that many women are told that harassment, threats, psychological abuse (in person and online), physical and sexual assault are “the cost of doing politics.” For the last two years, NDI has been working to challenge this claim by raising awareness of the violence that politically-active women face, collecting data on it, and building capacity among our partners to mitigate its impact and hold perpetrators to account.

In June 2018, NDI submitted a paper detailing its understanding of the nature, causes and impact of violence against women in politics. In it, the Institute responded to the Special Rapporteur’s request that the evidence be rights-based, action-oriented, and driven by the testimonies of women who are politically-active - as activists, voters, candidates, elected or appointed officials, and electoral workers. This booklet provides you with a complete copy of NDI’s paper. 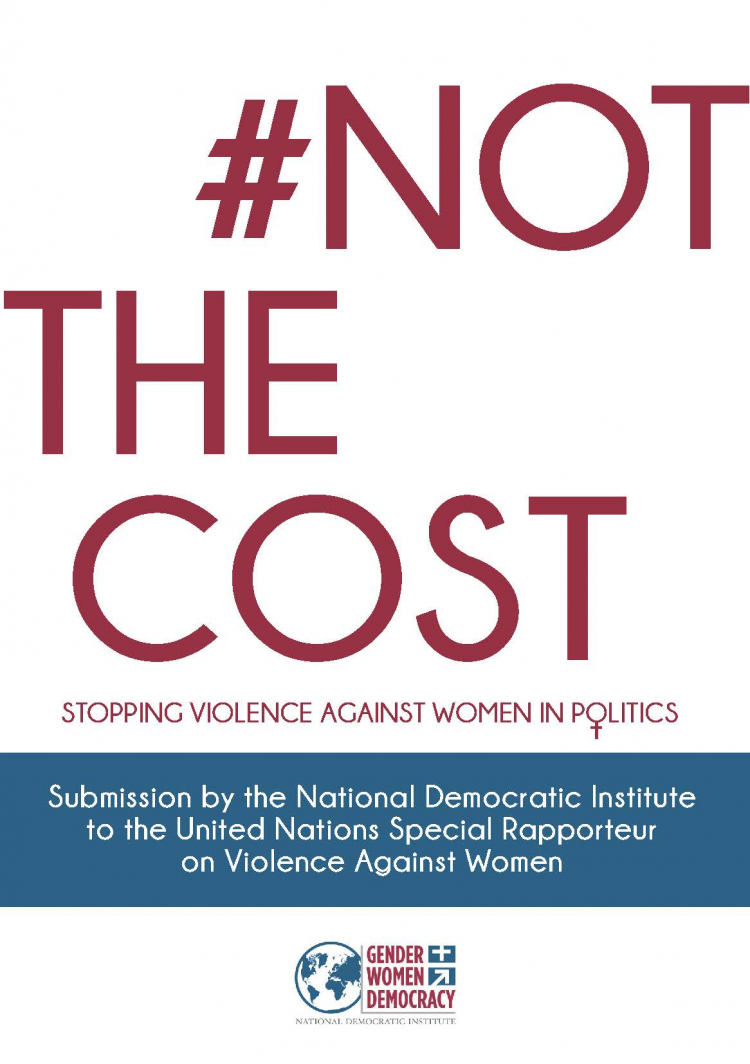