Democracy, as an ideal of political organization and as a form of coexistence, has historically signaled a demand for greater equality and representation. The contemporary debate on democracy focuses on the capacity or inability of the political system to manage and represent the interests and needs of the population, considering its diversity, as well as the capacity to neutralize the historical structural expressions of inequality and discrimination towards broad sectors of the population. One of the central aspects in this discussion is related to the enjoyment and full exercise of rights by diverse social groups, on the basis that their differences should not imply inequality.

For a long time, women were not considered individuals with rights, let alone citizens, and were excluded from political and public life. It is indisputable that the status of citizenship, through suffrage, allowed them nominal entry into political space. However, reality shows that achieving the equitable and equal representation of women in access to and participation in public affairs – part of their political rights – on equal terms and without discrimination, continues to be a challenge that Honduras shares with many other countries of the world.

The National Democratic Institute (NDI) develops actions to support and strengthen democratic institutions and practices, in conjunction with its national partners; part of its work is the promotion of women’s full political participation and representation, while accounting for the obstacles that limit them. Violence against women in politics is an area of particular concern that has motivated NDI to generate its global initiatives Win with Women: Global Action Plan and No Party to Violence: Assessing Violence Against Women in Political Parties.

In this context, NDI has facilitated and produced this study, Violence Against Women in Political Parties: Research from Honduras. NDI hopes with this publication to put the issue at the center of the democratic concerns of political parties and Honduran society. 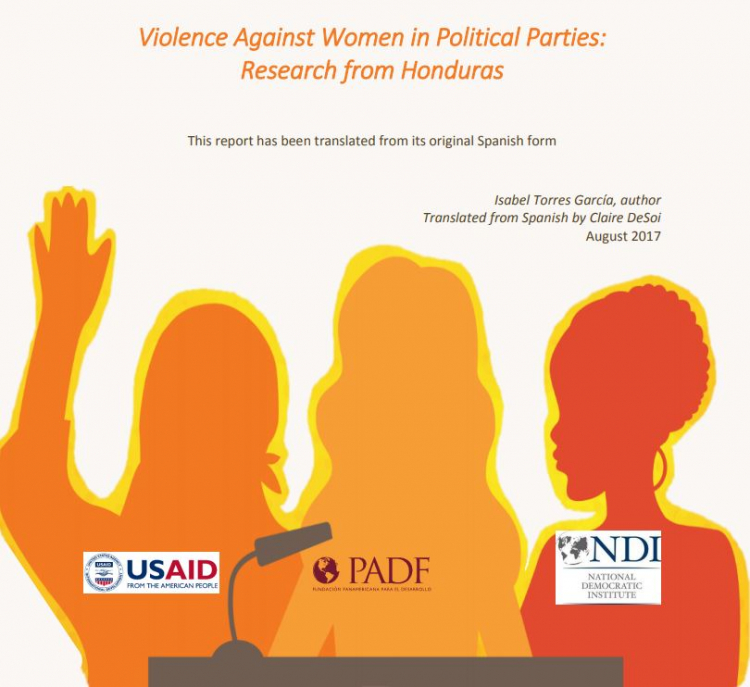 Violence Against Women in Politics: Research on political parties in Honduras

Violence Against Women in Politics: Research on political parties in Honduras