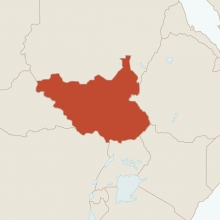 After more than two years of negotiations, the Comprehensive Peace Agreement (CPA) of 2005 ended the Second Sudanese Civil War and, as one of the key provisions of the agreement, provided southern Sudanese the right to determine their independence through a popular referendum on January 9, 2011.  With nearly 98 percent of voters casting their ballots for independence, the Republic of South Sudan was formed on July 9, 2011.

NDI has worked in South Sudan (formerly southern Sudan) since 2005 to support South Sudanese efforts to lay the necessary groundwork and address the challenges to a democratic transition, particularly the gap between citizen expectations of their government and the limitations it faced. Between January 2009 and September 2014, NDI assisted in strengthening the processes, mechanisms and organizations that facilitated broad-based citizen and civil society participation in government decisionmaking and political processes, including elections, legal framework development, and peace-building efforts. The Institute collaborated with international NGOs, local CSOs, citizens and government to conduct voter education campaigns; strengthen constructive citizen engagement with their representatives through dialogue and civic education; support representatives in developing constructive responses to citizen demands; and facilitate opportunities for CSOs to conduct public opinion research and advocacy on relevant issues. Although NDI does not have a current office in South Sudan, the Institute provides ongoing technical assistance to the South Sudan National Legislature - Women Parliamentary Caucus (NL-WPC) to enhance their capacity to be effective legislators.