More than a decade after its democratic revolution, Tunisian democracy is at an inflection point. After successive electoral events, living conditions for Tunisians did not materially improve. Instead, youth unemployment rose, the currency lost half its value, corruption became more pervasive, and the public sector grew significantly.  Yet while many Tunisians seek effective, accountable political leadership that supports their economic aspirations, they are also committed to retaining the core freedoms enshrined in the 2014 Constitution.   NDI works with Tunisian civil society organizations, elected officials locally and nationally, and other democratic stakeholders to support transparent, accountable, participatory governance that can meet the needs of the Tunisian people.

Since the 2011 revolution, civil society has played a key role in channeling citizens' concerns to decision makers, holding elected officials accountable, and advocating for democratic reforms. NDI collaborates with Tunisian Civil Society Organizations (CSOs) as they work to give citizens a voice in the democratic process. With technical and financial support from NDI, Tunisian CSOs have: organized thousands of Tunisians to monitor elections, advocated for changes to the legal and electoral framework, and achieved concrete improvements in communities across the country. Additionally, NDI facilitates cooperation and knowledge-sharing between its CSO partners to build a more effective and collaborative civil society.

As a member of the Open Government Partnership, Tunisia has committed to enhancing accountability and public participation in government. In coordination with the Tunisian OGP steering committee, NDI works with civil society and government stakeholders in Tunisia to strengthen participatory governance, foster transparency, and increase government accountability. NDI has worked with partners both at the local and national level to support working towards Tunisia’s OGP National Action Plan  – for example, supporting CSOs to work with municipal councils towards concrete, community-driven policy changes and providing training to OGP steering committee members on the principles of open governance.

NDI supports the development of vibrant, accountable and inclusive multiparty systems that offer citizens meaningful choices and opportunities for political participation. In Tunisia, NDI works with political parties, independent movements and candidates, and elected officials at the local and national levels, to help them understand and represent citizen concerns in ways that can rebuild confidence in representative institutions, the political process, and in Tunisia’s overall democratic transition.

Access to reliable and authentic information is essential to advance and sustain democratic principles and exercise democratic rights and responsibilities.  In collaboration with NDI’s DemTech team, we support civil society-led efforts to raise awareness and equip citizens with the tools necessary to actively spot and reduce the spread of fake news, understand the evolving tech landscape, and advocate for data privacy protections. Through a common commitment to information integrity, NDI has helped create a network of CSOs to share information and resources as well as to work collectively to enhance resilience.  NDI has also facilitated discussions among CSOs to examine policy recommendations to combat disinformation and promote transparency.

NDI’s programs in Tunisia are supported by grants from the U.S. Agency for International Development (USAID), the U.S. State Department, and the National Endowment for Democracy. 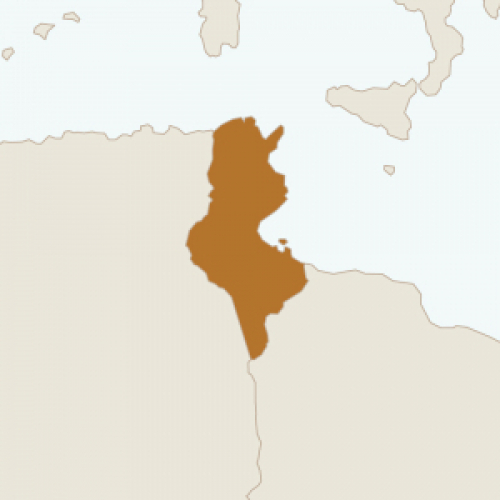