The joint Nigeria International Election Observation Mission of the National Democratic Institute (NDI) and the International Republican Institute (IRI) released its final report on the 2019 Nigerian elections. The final report is a comprehensive analysis of the electoral process and includes important recommendations ahead of Nigeria’s 2023 general elections.

The final report provides recommendations to enhance the credibility of elections in Nigeria going forward, including areas of improvement for political party conduct, civic engagement, election security, and legal frameworks around election disputes. In previous years suggestions for improvements by reputable citizen and international observation missions went unheeded. The IRI/NDI mission urges Nigerian stakeholders to seriously consider these and other recommendations to improve the electoral process.

The NDI/IRI joint election observation mission in Nigeria demonstrates the Institutes’ collective commitment to strengthening the country’s democracy and supporting democratic progress in the country.

The joint Nigeria International Election Observation Mission was made possible with support from the U.S. Agency for International Development. 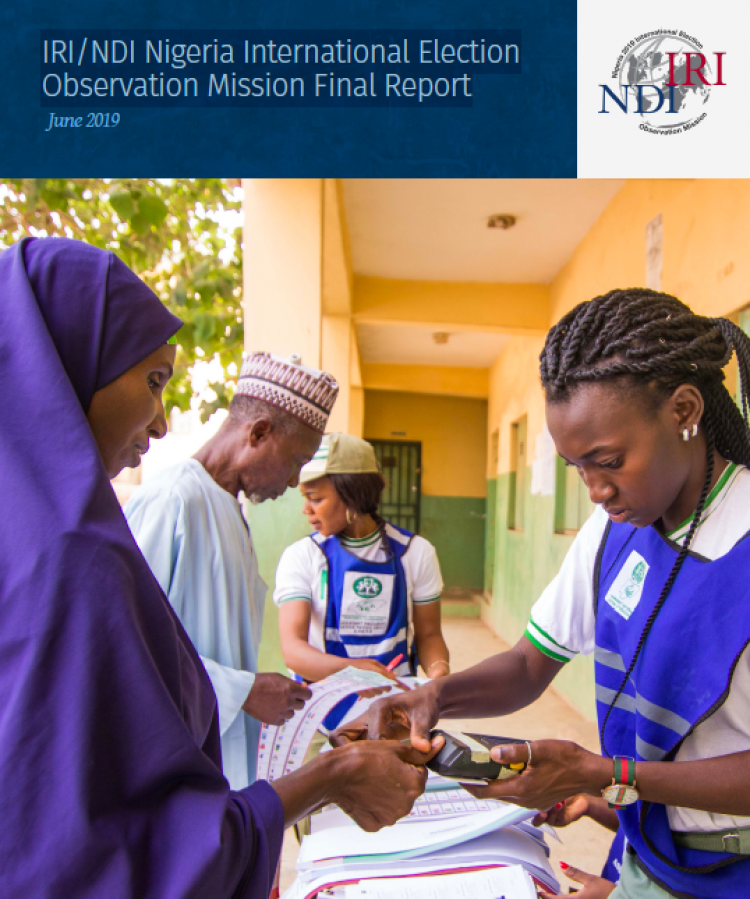