“It is evident that Nigeria's 2019 general elections will be closely contested,” said Baker. “It is also clear that Nigerians are committed to democracy and ensuring that every election is an improvement over the previous one. Our delegation hopes that the polls will be peaceful, credible, and further deepen the country’s democratic practices.”

“While the IRI-NDI delegation observed that the election management body – INEC – has undertaken several innovative steps to reinforce the integrity of the electoral system,” said Surotchak, “Continued efforts must be made by a cross-section of Nigerian actors to enhance citizen confidence and participation in the process.”

The delegation's statement highlights notable gains in the consolidation of Nigerian democracy over the past two decades and notes that the upcoming polls build upon incremental improvements to election administration during the 2011 and 2015 elections.

The delegation also encourages Nigerians to continue their efforts to enhance citizen confidence and participation in the election and also mitigate violence before, during and after the polls.

In the spirit of international cooperation, the delegation offered recommendations for further review and consideration.

IRI and NDI have organized more than 200 international election observation missions around the globe, earning a reputation for impartiality and professionalism. The IRI-NDI mission to Nigeria will conduct its activities in accordance with the Declaration of Principles for International Election Observation and the Code of Conduct adopted by the United Nations in 2005 and will base its findings and recommendations on Nigerian laws and on international standards for elections. All activities will be conducted on a strictly nonpartisan basis and without interfering in the election process. 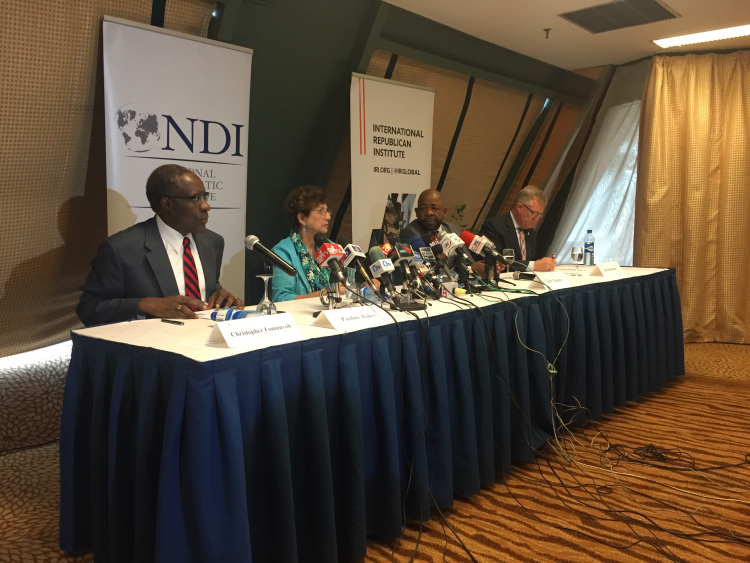