Washington, D.C. – As part of a Limited Election Observation Mission for Ethiopia (LEOME), the International Republican Institute (IRI) and the National Democratic Institute (NDI) announce the release of their joint report on Ethiopia’s June 21, 2021 national elections. The report (found on IRI and NDI websites respectively) offers a comprehensive assessment of the electoral environment and is informed by the LEOME’s ongoing remote analysis since April and limited in-country technical assessment. The mission found that while Ethiopia’s June 21 elections were held following important reforms, political space, participation, and competition were acutely limited by widespread insecurity, open conflicts, and other serious constraints in the electoral environment.

“Though there were important improvements over past elections, particularly relating to the national election body and election monitoring by political parties and civil society, the environment fell short of essential standards for civil liberties, equitable campaign conditions, and security,” said NDI President Derek Mitchell.

“Despite the multitude of problems undermining the electoral process, the people of Ethiopia clearly desire a strong democratic form of governance to guide their future,” said IRI President Daniel Twining. “Ethiopians must now dedicate themselves to national reconciliation and further democratic reform, or their current challenges will continue to persist.”

The report notably commends the reforms that allowed civil society and political parties to emerge as actors of the electoral process. It also noted the reforms that allowed for NEBE to be more independent as well as important positive efforts made by Ethiopian individuals and institutions, including NEBE, citizen election monitoring and voter education groups. The mission noted, however, that widespread insecurity and open conflicts along long-standing ethno-linguistic and political power divides, imbalance in the electoral playing field, occurrences of backsliding on political expression, logistical challenges, and effects of the COVID-19 pandemic limited political space, participation and competition.

Analysis was informed by in-depth virtual interviews conducted from April 9 through July 15, 2021, with a wide array of key electoral and political stakeholders, including senior representatives of the NEBE, government agencies, political parties, civil society organizations, media, citizen election observers and the diplomatic community, as well as drawing upon both Institutes’ expertise and relationships in Ethiopia.

Due to the constraints imposed by the global health crisis, the LEOME has been conducted consistent with the Declaration of Principles for International Election Observation and Ethiopian law using ongoing systematic remote analysis, supplemented by a Virtual Pre-Election Assessment Delegation and a small on-the-ground technical team on Election Day. The LEOME will continue its assessment of the 2021 elections by conducting a review of the September 6 elections with a reduced team operating remotely.

This report is a comprehensive assessment that builds upon the Virtual Pre-Election Assessment Delegation report released May 13 (found on NDI and IRI websites) and the Election Watch released on June 9 (found on IRI and NDI websites).

A nonprofit, nonpartisan organization, the International Republican Institute (IRI) advances freedom and democracy worldwide by helping political parties to become more responsive, strengthening transparent and accountable governance, and working to increase the role of marginalized groups in the political process – including women and youth. Since 1983, IRI has monitored over 200 elections in 60 countries through international observation missions and assessments.  More information is available at www.iri.org.

NDI is a non-profit, non-partisan, non-governmental organization that works in partnerships around the world to strengthen and safeguard democratic institutions, processes, norms and values to secure a better quality of life for all. NDI envisions a world where democracy and freedom prevail, with dignity for all.  Over the past 35 years, NDI has conducted more than 250 election observation missions in 70 countries. For more information, visit www.ndi.org. 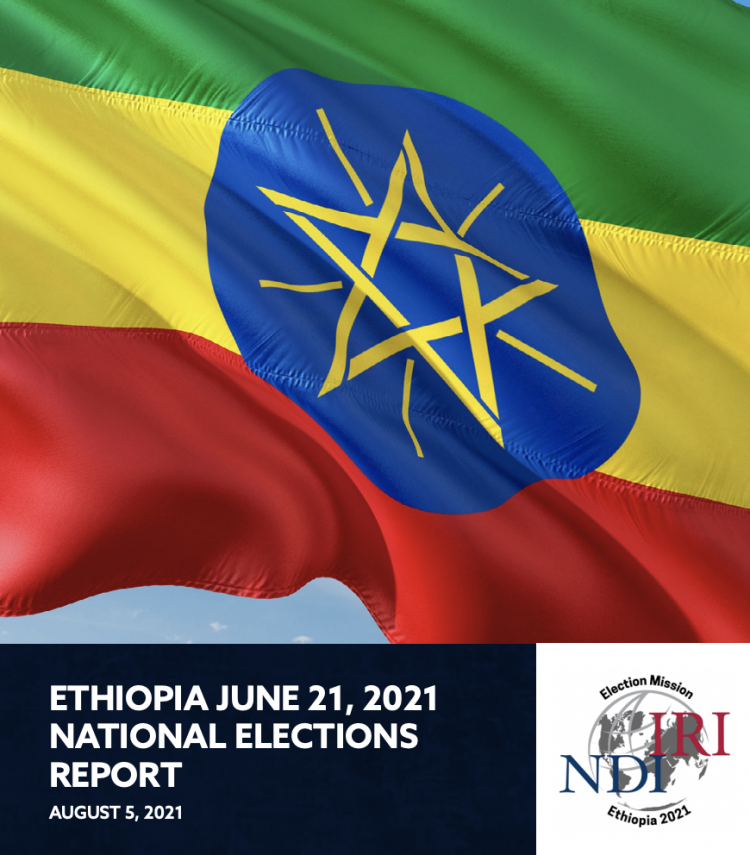