On February 14, 2021, Kosovo’s voters went to the polls for the fifth parliamentary election in 13 years since independence in 2008 and the second such election in the past two years. The vote elected the Assembly’s 120 members, who then voted for the President and Prime Minister. In these elections, LVV won an historic 50.3 percent of the vote, the first time one party received a majority, ushering in Albin Kurti as prime minister and leading to the election of Vjosa Osmani as president. The majority may offer Kosovo its first full-term parliament since independence.

Key takeaways from this election included the following:

Fair Vote, high turnout. The vote was considered free and fair, within the framework of legal definitions and international standards, by the nongovernmental organization, Democracy in Action (DiA), and international observers, with a high turnout despite the bad weather and the pandemic. A record number of votes came from the diaspora, largely supporting LVV.

Vote for change. The vote reflected NDI research that Kosovars seek an anti-corruption agenda, an economic reform agenda, a new generation of leaders, and progress.  For the first time, the government is not dominated by the Democratic Party of Kosovo (PDK) or the Democratic League of Kosovo (LDK) , two parties stemming from the 1999 war era.

Gender progress, but not parity. While a record number of 43 women were elected,  just 35 percent of MPs are women, above the 30 percent quota mandated by law but not yet the 50 percent equality for which many civil society groups are advocating.  For the second time, there are five women ministers, with a record two women appointed as Deputy Prime Ministers.

Weak information integrity, misogyny. While overall reporting was accurate and professional, online portals and social media played a considerable role in promoting false or misleading information. NDI/Kosovo’s social media monitoring during the election shows that candidates for high office were the targets of disinformation campaigns, and women were subjected to sexist attacks. A new trend was the creation of “memes”, spreading political and misogynistic attacks on social media.

Srpska Lista sought to garner extra votes from non-Serbian communities. Srpska Lista politicians in Kosovo pushed for the creation of new Roma and Bosniak political parties and encouraged ethnic Serbian citizens to vote for these new parties in an attempt to increase  their influence in the Assembly beyond the spirit of the constitution. The Supreme Court nullified votes and withdrew two seats from the new Roma and Bosniak parties. If seeking additional influence in this way becomes common, it could undermine the intent of constitutional mechanisms to ensure representation of non-majority communities in the Assembly.

Foreign influence. NDI/Kosovo found narratives with information disorders from the Serbian leaders in Serbia and Bosnia-Herzegovina in the media, as well as Russian sponsored narratives. In some cases, the media did not make clear which news items came from outside Kosovo and failed to note that the statements were skewed or not factual. 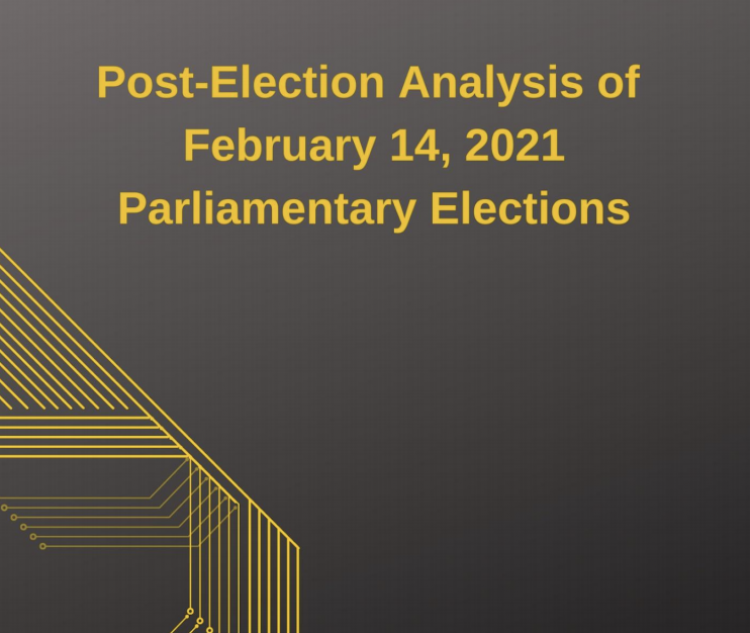