The February 2021 snap parliamentary elections marked the beginning of a new chapter for Kosovo. For the first time since Kosovo's independence in 2008, a single political party has a majority in the Assembly. It also elected a female president for the second time and a record 43 women representatives to the 120 seat National Assembly. Public opinion research shows that women are perceived as being more “honest,” “compassionate,” and “intelligent” than men by a significant proportion of voters, indicating an opening for women to position themselves as well-placed to tackle some of the most pressing challenges facing Kosovo today.

Despite these clear signs of progress, there is still much to be done to ensure the full participation of women in Kosovo’s democracy. The total number of women members of parliament (MPs) in Kosovo is still well below parity, and more work is needed at all levels of society to empower women economically, socially, and politically. The success of Kosovo’s democracy depends on the full and equal participation of women.

In 2015, the National Democratic Institute (NDI) undertook a gender assessment to analyze the state of women’s political participation in Kosovo and identified significant gaps in Kosovo’s progress towards achieving full and equal participation. Political parties included women on their election lists to meet the quota but were doing little else to cultivate and empower women as leaders. Women in parties expressed their frustration at the hostile political environment and the challenges in acquiring financial and political support.

This 2021 assessment sought to evaluate areas where progress has been achieved since 2015, and identify persistent obstacles impeding parity in women’s political participation and leadership. While women’s political participation has since made considerable gains, much more remains to be done. This assessment reveals that few of the most significant barriers have changed over the past six years. Major impediments to women’s participation in politics persist across parties which have failed to provide the necessary political, financial, and mentoring support to women.

Through this analysis, NDI underscored the need for widespread, institutionalized change to sustain the momentum from these recent elections. The recommendations and conclusions drawn from the research of this assessment, which included research, interviews, and focus groups, can inform political parties, government institutions, media, and civil society actors as they continue their work towards lasting change.

The findings and recommendations in this report offer a roadmap to bring women fully into Kosovo’s political landscape, especially in leadership positions, and ensure more equitable responses to citizen priorities. Thirteen years after independence, it is well past time to take these steps to address this deficit in Kosovo’s democracy. 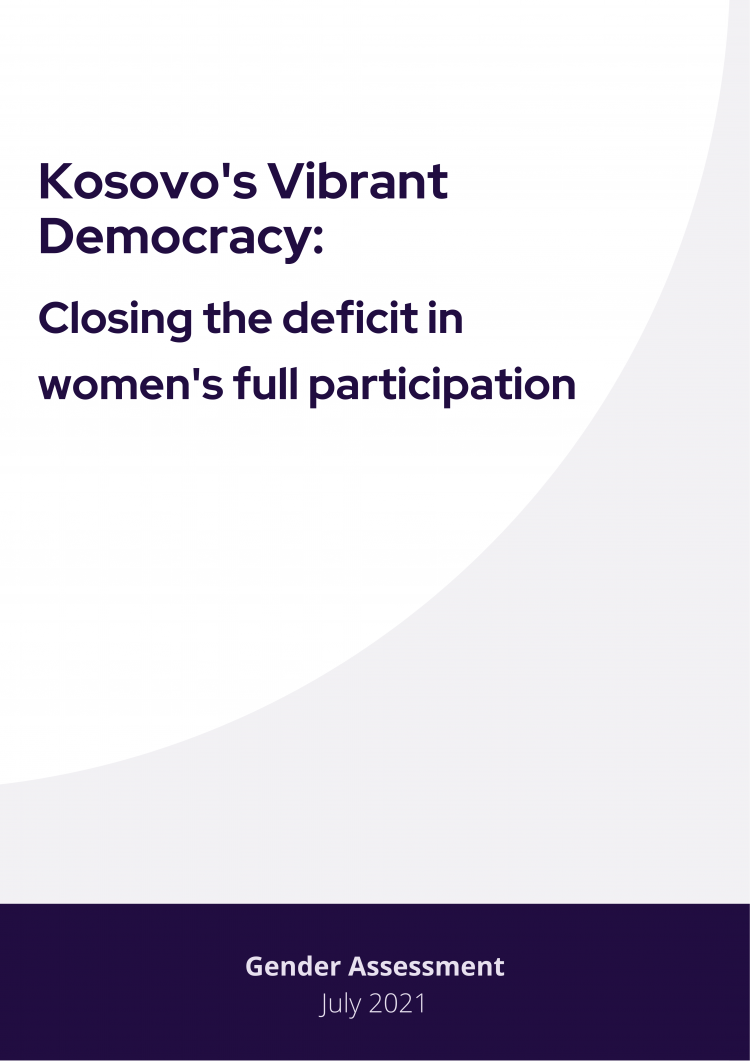 Violence Against Women in Politics in Southeastern Europe
Kosovo's 2021 Local Elections: Analysis of Inclusion and Information Integrity
Request for Proposals (RFP) - Strengthening the Resilience of Women in Politics through Building Capacity to Address Online Violence
Request for Proposal (RFP) - Development of a Manual on Formation of Gender-Focused Caucuses and Cross Party Coalitions in Ukrainian Local Councils
Pride, a Litmus Test For Democracy
In Pursuit of Inclusive Peace: New Report on Women’s Inclusion in the PNG-Bougainville Consultations Process