Tunis, Tunisia – The International Republican Institute (IRI) and the National Democratic Institute (NDI) today announced the arrival of their joint Election Observation Mission (EOM) for Tunisia’s parliamentary elections on October 6. The delegation will be led by Andrew Natsios, former administrator of the U.S. Agency for International Development and director of the Scowcroft Institute of International Affairs and Anna Luhrmann, former member of the German parliament and deputy director of the Varieties of Democracy (V-Dem) Institute.

"Tunisia's presidential and parliamentary elections represent the first opportunity to transfer power from one democratically elected government to another since the 2011 revolution,” said Luhrmann. “Many democratic milestones have already been accomplished, including a record number of registered voters and the first televised presidential debates. Tunisia's democratic progress through a well-administered parliamentary election will continue to send a powerful signal to countries throughout the region."

“Through broad-based participation in the democratic process, Tunisian citizens continue to lead by example in the region,” said Natsios. “Five years ago, I witnessed Tunisia taking its first steps to establish its own democracy.  I am pleased to return to witness the next step in that journey.”

The 34-member delegation includes political leaders, diplomats, former elected and government officials, and regional and electoral experts. The delegation joins NDI/IRI’s eight long-term observers and seven core team members, who have been deployed since mid-August and will stay in Tunisia until the election processes are completed.

The delegation will maintain a Tunisia Election Portal during the mission with its latest observations and issue a preliminary statement of its findings. 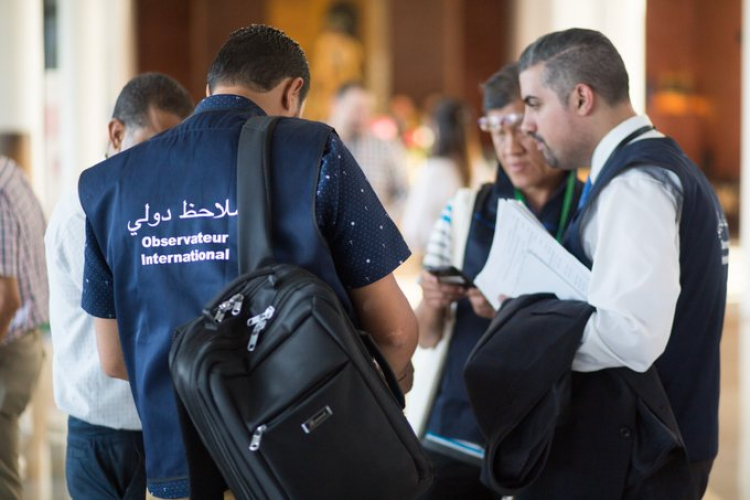