BEIRUT, Lebanon—The National Democratic Institute (NDI) today released its statements of findings and recommendations in advance of Lebanon’s parliamentary elections in May. After completing public opinion polling, NDI fielded a pre-election assessment mission from March 11-15 to assess preparations for Lebanon’s May 6, 2018 elections to support efforts to conduct peaceful, credible polls.

The Institute recognizes that, ultimately, it will be the people of Lebanon who will determine the credibility of their elections and the country’s democratic development at this important turning point for the country against the backdrop of regional unrest. The delegation, therefore, offers this pre-election statement in the spirit of supporting and strengthening democratic institutions and accountability in Lebanon.

“We very often discuss technical aspects of electoral systems - their credibility, fairness, and transparency,” said Daniel Mitov, “But we should never forget that elections are also about every single citizen. About a meaningful debate on how to improve the everyday life of those, who on election day with their vote transfer to politicians not only legitimacy but also part of their hopes, dreams, and expectations for the future.”

The delegation’s statement provides recommendations for the Supervisory Commission for Elections, the Ministry of Interior and Municipalities, the Ministry of Foreign Affairs, candidates and campaigns, security forces, political parties, international and domestic observers, lawmakers, and the media. The recommendations focus on transparency, proactive inclusion, increased public engagement, and future reforms.

Over the last 34 years, NDI has conducted more than 150 election observation missions in 62 countries, including fielding international observation delegations for the 2009 parliamentary elections and 2016 municipal elections in Lebanon.

The National Democratic Institute is a nonpartisan, nonprofit organization working to support and strengthen democratic institutions worldwide through citizen participation, openness and accountability in government. See more at ndi.org/lebanon. 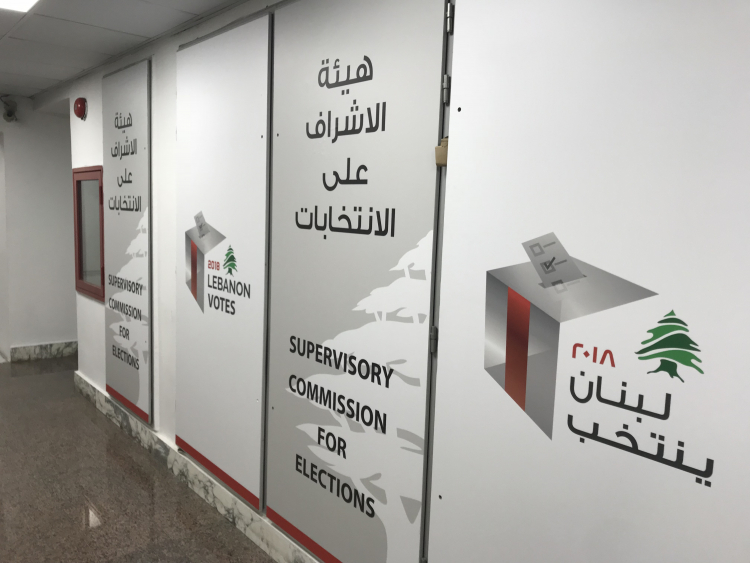 Lebanon's Supervisory Commission for Elections which will monitor the campaign period in the lead up to parliamentary elections in May.