Lebanon’s 2018 election marked the first time in nine years that its citizens voted for a new parliament. In order to support the Lebanese people and their government in upholding credibility, NDI conducted a long-term analysis of election preparations, fielded a pre-election mission during the campaign period in addition to an election day mission, and monitored reports covering the adjudication of disputed results.

NDI’s election day delegation included 31 political leaders, civic activists, and election experts from 13 countries across the Middle East, Africa, Europe, and North America. These observers were deployed in 15 teams to all 15 electoral districts across Lebanon, observing the opening of the polls and voting and counting processes in more than 150 polling stations.

Although voters and poll workers alike had to adapt to a new electoral system, voting generally went smoothly. However, NDI’s mission identified areas for improvement related to implementing a uniform election administration, overseeing compliance with campaign finance and the media regulations, and ensuring that polling centers are accessible, politically neutral, and properly run. In light of a palpable sense of voter apathy and lower voter turnout than in 2009, NDI’s observers also noted opportunities to improve citizen’s confidence in political institutions and expand political inclusion, including by making the playing field more even for women’s participation.

NDI recognizes that, ultimately, the success of Lebanon’s 2018 parliamentary election is judged by the Lebanese people, who carry the collective responsibility of ensuring faith in future elections as a safeguard for democracy. Based on observations drawn by its delegations throughout the electoral process and in the spirit of international cooperation, the Institute offers this report and its recommendations to enhance future elections. 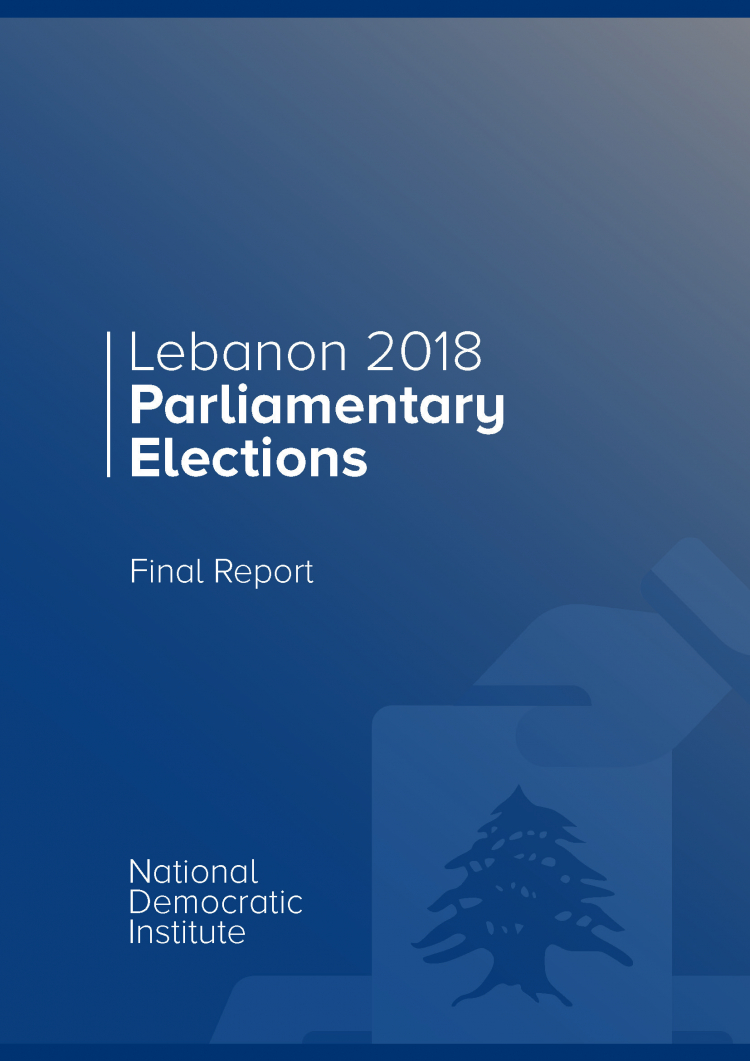