Washington, D.C.- The Joint National Democratic Institute (NDI) and International Republican Institute (IRI) International Election Observation Mission (IEOM) released its final findings and recommendations for Kenya’s 2022 general elections. The document reviews Kenya’s electoral environment and processes and acknowledges that significant efforts have been made over the last decade to apply the spirit of the Constitution to the more technical exercises of government and the electoral process.

While the 2022 elections tested the strength of Kenyan institutions, this report respectfully offers recommendations to the Independent Electoral and Boundaries Commission (IEBC), the executive and legislative branches of government, political parties, civil society, and other stakeholders based on IRI’s and NDI’s comparative experience, in the furtherance of international cooperation and with respect for the sovereignty of Kenya.

The election-day delegation was co-led by His Excellency Joaquim Chissano, former President of the Republic of Mozambique; Donna Brazile, NDI Board Member and former Acting Chair of the Democratic National Committee; Randy Scheunemann, IRI Board Vice Chair; and Ambassador Johnnie Carson, former assistant Secretary of State for African Affairs and NDI Board Member, as well as Scott Mastic, IRI Vice President for Programs, and Richard Klein, NDI Global Director for Elections.

The Kenya ND/IRII Joint Election Observation Mission demonstrates the Institutes’ collective commitment to strengthening the country’s democracy and supporting its democratic progress, and was made possible with support from the U.S. Agency for International Development. 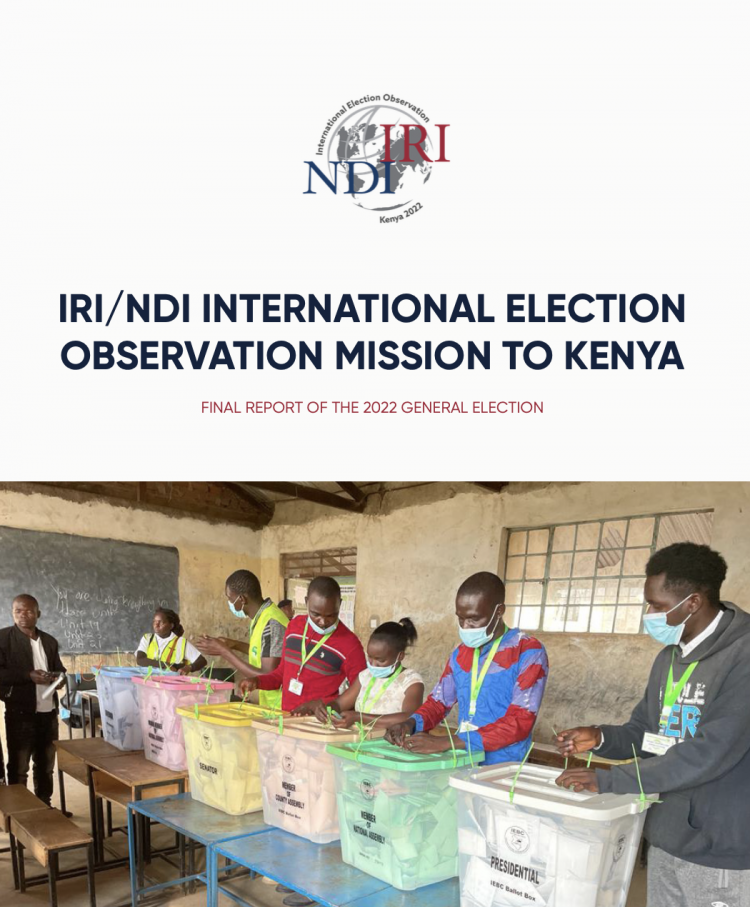