This preliminary statement is offered by the joint international Election Observation Mission (EOM) of the National Democratic Institute (NDI) and the International Republican Institute (IRI) to Tunisia’s presidential runoff election on October 13.

Through this statement, NDI and IRI seek to demonstrate the international community’s interest in and support for the democratic process in Tunisia, provide an accurate and impartial report on the electoral process, and offer recommendations to improve future elections.

This statement builds on observations of the joint mission’s eight long-term observers and seven core team members, who have been deployed since mid-August, the pre-election delegation that visited Tunisia from July 30-August 2 and two delegations of short-term observers that followed the September 15 and October 6 elections.

The 23-member delegation included political leaders, diplomats, former elected and government officials, and regional and electoral experts from 10 countries and was led by Maureen White, a member of the NDI Board of Directors; Scott Mastic, vice president for programs at IRI; and Leslie Campbell, NDI senior associate and regional director for Middle East and North Africa.

The delegation does not seek to render final conclusions on the October 13 election at this time. The official tabulation process and announcement of results are not complete as of midday on October 14 and any complaints that may be lodged will have to be properly resolved. This statement is therefore preliminary in nature. The mission will continue to monitor the electoral process and will issue reports as appropriate. The EOM does not seek to interfere in electoral processes and recognizes that it is the people of Tunisia who will ultimately determine the credibility and legitimacy of their elections. 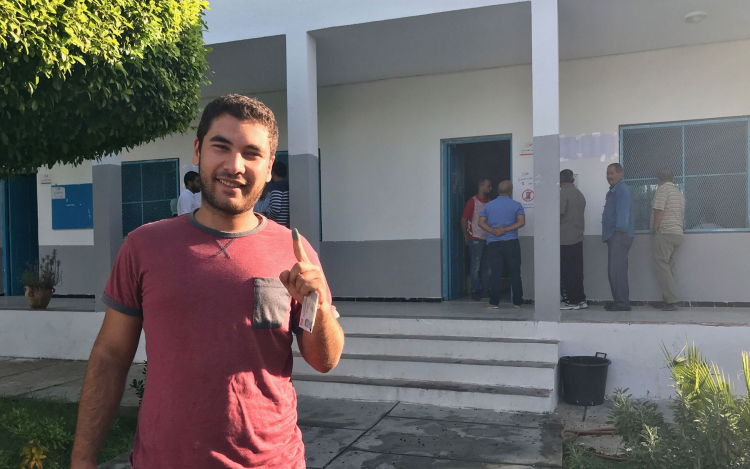