Tbilisi, Georgia – On October 28, Georgians proceeded to the polls to directly elect their president for the last time. Georgian voters and poll workers demonstrated their commitment to democracy by participating peacefully. With over 99 percent of the votes counted, Georgia heads to a second round between the top two candidates, Georgian Dream-supported (GD) candidate Salome Zourabichvili, who received 39 percent of the vote, and Grigol Vashadze, represented by the United National Movement (UNM) from the eleven-party “Power Is in Unity” coalition, who received 38 percent. These results appear to be confirmed by the International Society for Fair Elections and Democracy’s (ISFED) independent parallel vote tabulation. Given the close result, as Georgia moves to second round campaigning, the rhetoric and tensions are likely to intensify.

The pre-election period was marked by both positive and negative features. The Central Election Commission (CEC) carried out its preparations efficiently and met its deadlines, although was confronted with concerns about the neutrality of its officials. Voters had electoral choices and the campaign was lively and dynamic, although filled with vitriol and personal attacks. The media environment, although polarized, offered citizens a variety of viewpoints. In addition to financial pressures on the sector as a whole, some outlets came under political and legal pressure.

Most striking about this election were the aggressive, personalized, and unprecedented attacks by senior state officials against the country’s most respected civil society organizations (CSOs) and their leaders. While CSOs are not above criticism, these attacks represent a distinct departure from the otherwise constructive, if not occasionally tense, relationship between government and civil society in Georgia.

“With one-party dominance throughout all levers of government, and weakened presidential powers, CSOs and media represent the remaining democratic checks and balances in the country,” the delegation said. “The attacks on both by senior government leaders have implications beyond these elections and could impact the country’s democratic development. It is essential that leaders respect, not undermine, the country’s independent watchdogs, and set an example for society.”

In recent elections, voters have expressed trust in the election administration and electoral conduct. However, long-standing problems of an uneven playing field and abuse of administrative resources remain. Zourabichvili benefited significantly from her support by GD, and official records show she received over four times more in donations than the next two candidates combined. The delegation is concerned by CSO reports of pressure on state officials to mobilize support for the GD-supported candidate. These problems have plagued elections across different governments and will, without action, continue to be passed onto future elections.

“While government leaders advised state officials on appropriate conduct, it is clear this is not enough. To demonstrate their seriousness about changing embedded political practices, significant effort is needed at all levels of government, including establishment of stringent oversight and enforcement mechanisms,” the delegation stated.

On election day, domestic monitoring organizations and NDI observed the widespread presence of candidate activists, mainly GD, outside polling stations. Although not illegal, CSOs saw this as an attempt to influence the will of the voters. The practice is troubling given the widely reported practice during the pre-election period of state officials being instructed to support Zourabichvili and to provide lists of family members for the purpose of mobilization.

In its statement, in addition to long-term recommendations, this delegation offered a number of recommendations that can be addressed ahead of the runoff, including:

The delegation recognizes that, ultimately, it will be the people of Georgia who will determine the credibility of their elections and the country’s democratic development. The delegation therefore offers this statement in the spirit of supporting and strengthening democratic institutions and processes in Georgia.

Please see the full Statement of the NDI International Observation Mission to Georgia’s October 28 Presidential Election from October 29, 2018 here. For additional information, please see the Statement of the National Democratic Institute Pre-Election Delegation to Georgia's October Presidential Election from July 27, 2018 here. These statements can also be found at www.ndi.org/eurasia/georgia.

NDI is a nonprofit, nonpartisan organization working to support and strengthen democratic institutions worldwide through citizen participation, openness and accountability in government. The Institute has been working in the country since 1994 to support the development of the parliament, political parties and civil society. For more information about NDI and its programs, please visit www.ndi.org . 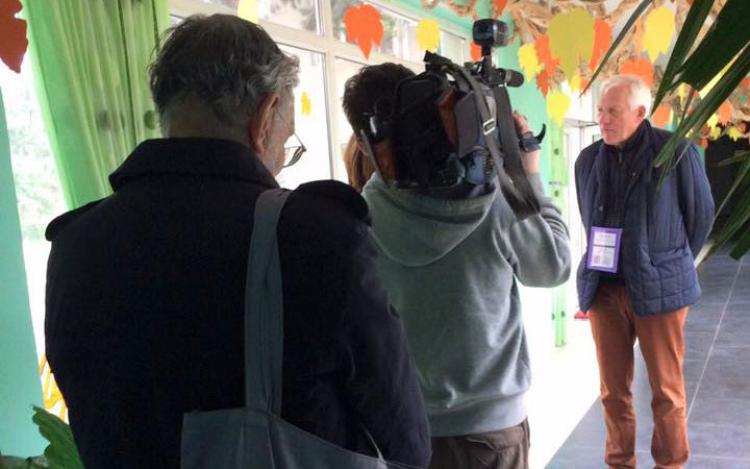