From July 13 to 22, 2022, the International Republican Institute (IRI) and the National Democratic Institute (NDI) conducted the first pre-election assessment mission as part of their joint observation of Nigeria’s 2023 general elections. The goals of the delegation missions were to: assess the current political and electoral environment in the lead-up to the 2023 general elections, assess preparations for the general elections and offer recommendations to enhance citizen confidence in the process and mitigate the potential for electoral violence, and demonstrate international support for Nigeria’s democratic process.

This assessment delegation was composed of: Honorable Frank LaRose, Secretary of State for Ohio; Honorable Dr. Bernadette Lahai, former Minority Leader of the Sierra Leone Parliament; Albert Kofi Arhin, National Coordinator of the Coalition of Domestic Election Observers (CODEO) and former Director of Elections, Registration and Demarcation at the Electoral Commission of Ghana; Dr. Christopher Fomunyoh, Senior Associate for Africa and Regional Director for Central and West Africa at NDI; and Jenai Cox, Regional Deputy Director for Africa at IRI.

“It has been a distinct honor to lead this distinguished delegation as we strive together with the Nigerian people to strengthen and advance their democracy in the lead up to their 2023 Presidential Election,” said Honorable LaRose.

The delegation met with a wide array of election stakeholders, including the Independent National Electoral Commission (INEC), National Assembly, political parties, civil society, the media, security forces, academia, and the diplomatic missions. In addition, the delegation traveled to Osun State to meet with electoral stakeholders ahead of the off-cycle gubernatorial election on July 16, 2022, and visited 35 polling units across 10 local government areas (LGAs) on election day to witness the conduct of the election within the framework of preparing for the 2023 general elections. The delegation expresses its deep appreciation to everyone with whom it met for sharing their insights, from which the mission benefited greatly. The delegation conducted its activities in accordance with the laws of Nigeria and the Declaration of Principles for International Election Observation, which was signed in 2005 at the United Nations.

Since the 1999 transition from military to civilian democratic rule, both NDI and IRI have deployed international election observation missions to all general elections in Nigeria. IRI and NDI are nonpartisan, nongovernmental organizations that support and strengthen democratic institutions and practices worldwide. The Institutes have collectively observed more than 200 elections in more than 50 countries over the last 30 years. NDI and IRI will deploy a second pre-election assessment delegation later this year and a joint international delegation to observe the 2023 presidential and National Assembly elections. The delegation’s work was funded by the United States Agency for International Development (USAID). 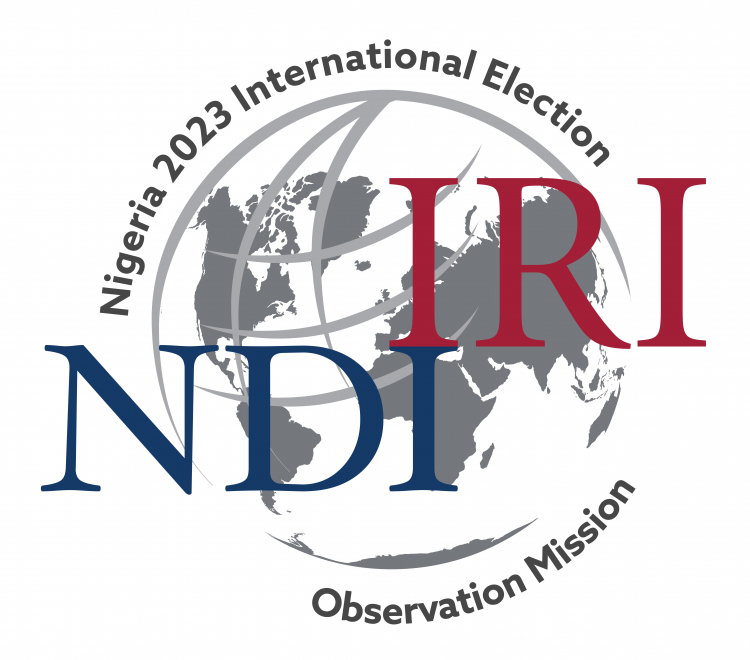