Overall, Tunisians were able to participate in a well-administered election despite a shortened electoral timeline and confusion created by the overlapping presidential election and runoff. Despite continued frustrations with stalled reforms, persistent corruption and an ongoing economic crisis, over 41 percent of the seven million Tunisians registered to vote participated in Sunday’s parliamentary elections.

“Tunisia is the one shining example of democratic progress in the region. In other countries, people are getting killed for demanding basic rights, but in Tunisia, people are voting,” said Natsios. “Research shows that if there are four elections over a twelve to fourteen year period, and a change of political parties at least twice, the chances for democracy to take root permanently are very high.”

“Tunisia’s presidential and parliamentary elections are a democratic milestone, and are the first transfer of power from one democratically elected government to another since the 2014 Constitution,” said Lührmann. “However, what happens after the election is critical for the ultimate success of the Tunisian revolution. The next parliament needs to demonstrate swiftly that democracy can deliver for the next generation by addressing social and economic challenges.”

On election day, the mission delegates visited more than 150 polling stations in 25 electoral districts across the country. The joint mission stresses that the statement is preliminary and that, ultimately, it is the people of Tunisia who will determine the credibility of these elections. In the spirit of international cooperation, the IRI/NDI joint international election observation mission, comprising 34 observers from 15 countries, issued these short-term recommendations on how to strengthen the election process:

Over the longer term, all actors have a responsibility to continue working to enhance both the quality of the electoral process and voter confidence in the polls and broader political processes they impact. To this end, the mission highlights several longer-term recommendations: 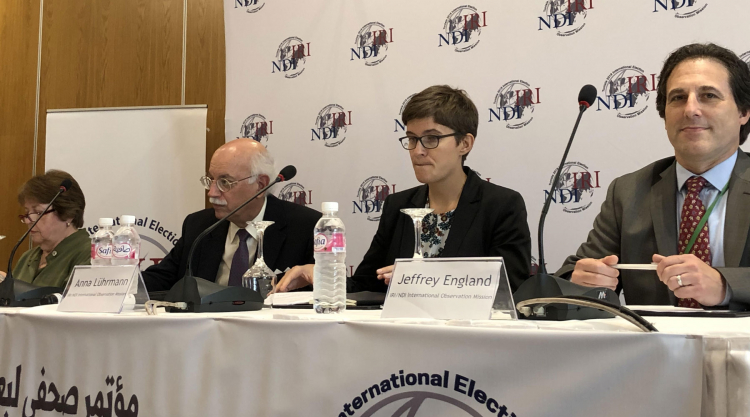