The two should go hand-in-hand: sustainable development and human rights. But too often authoritarian regimes embrace development, while brushing aside human rights. Such is the case in the Democratic People’s Republic of Korea.

This July, representatives of the North Korean government presented its first ever voluntary national report (VNR) on sustainable development to the United Nations. However, given tight censorship, the lack of free speech or a free press, and the regime’s suppression of civil society, measuring actual progress in North Korea is next to impossible. Despite the North Korean government’s attempts to highlight their progress on development, the truth remains: without accountability on human rights, there can be little lasting progress on development.

In 2015, the United Nations established the 2030 Agenda for Sustainable Development, which set seventeen sustainable development goals (SDGs) that create a roadmap for global development grounded in the values of inclusion, equality and dignity. Even though international human rights standards should form the foundation of these values and the SDGs themselves, many countries fail to proactively protect human rights when implementing the SDGs. Advancing both human rights and the SDGs requires the understanding that they are not only mutually reinforcing, but essential to each other’s success.

Yet, there are clear gaps in how different stakeholders approach questions of sustainable development. This is especially true for SDG experts and representatives, and human rights advocates. In spite of the strong interlinkages between the SDGs and human rights, the work of these stakeholders is often siloed, and does not always effectively leverage these mutually reinforcing frameworks to achieve their shared goals. You can’t have one without the other.

Human rights activists, civil society representatives, and international organizations must work together to hold governments to account, especially the DPRK. Since the government in Pyongyang has effectively outlawed free speech, banned civil society, and established control over the press, the job of holding the DPRK accountable and fact-checking their claims of development progress falls to organizations elsewhere. For that reason, with the support of NDI, a civil society working group prepared a report spotlighting the reality on the ground in North Korea, as told by recent defectors. The report, A Human Rights-based Approach to the SDGs in the DPRK: Focusing on vulnerable groups and calling for collective efforts in times of COVID-19, explored ways to apply the human rights principles at the core of the SDGS—including protecting basic human rights for all people—to more fully contextualize the measurements of development progress in the DPRK.

The report revealed the myriad ways that vulnerable groups in the DPRK, particularly persons with disabilities, women and children, experience daily exploitation and abuse. Critically, the report found that these human rights violations occur in spite of the fact that the DPRK government claims to have legal frameworks in place to protect the rights of these groups. Yet, for the citizens of the DPRK, having such laws that are not enforced is the same as not having the laws at all. Even worse, many of the violations described in the report, such as the exploitation of children as farm and construction laborers, occur as a direct result of the DPRK’s policies to advance its rural and overall economic development. Without meaningful protections for human rights at the heart of development policies, such abuse is inevitable.

To present their findings, the civil society working group hosted a side event during the HLPF in advance of the DPRK’s VNR presentation for an audience of various international and South Korea-based stakeholders, to present their work and advocate for the stronger application of human rights as criteria in tracking North Korea’s SDG progress. Following the side event, the working group then participated in the DPRK’s VNR session itself, by directly questioning the DPRK’s representative about progress made in centering the rights and needs of vulnerable groups in SDG implementation, in line with the report’s findings. Though the DPRK representative denounced the questions as “defamation” and refused to answer, the working group’s articulation of the DPRK’s lack of human rights protections at an international forum represents a critical step to mainstreaming these concerns in discussions of sustainable development.

NDI will remain committed to building upon this momentum, by supporting South Korean CSOs that give a voice to the citizens of North Korea, to help the international community hold the DPRK accountable to its actions. 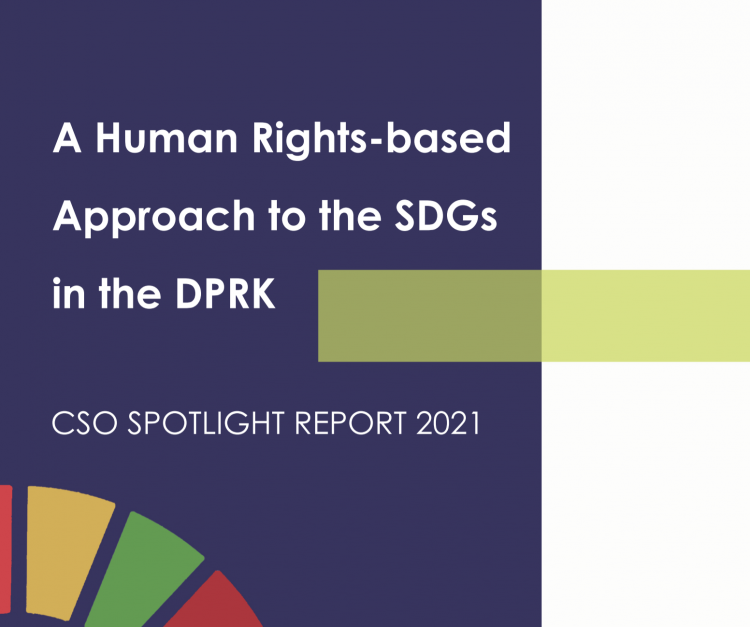