Harare, Zimbabwe—The joint International Republican Institute and National Democratic Institute Zimbabwe International Election Observation Mission (ZIEOM) acknowledges that the Constitutional Court of Zimbabwe has issued its decision on the petition of Nelson Chamisa challenging the announced presidential election of incumbent Emmerson Mnangagwa. The ZIEOM monitored the Constitutional Court proceedings with reference to Zimbabwe’s laws and international standards for due process.  As international observers, the ZIEOM would not substitute its judgement for that of the Court concerning the merits of the arguments presented. It is for the people of Zimbabwe to weigh the Court’s ruling in light of the overall electoral process to determine the credibility of the election.

On August 22, 2018, the Constitutional Court held a hearing to review the petition challenging the presidential election result. That hearing was televised for the nation as a demonstration of transparency. The sides, in addition to their respective written submissions, were able to present their arguments and address questions from the Court.  The proceedings were conducted in an orderly and respectful manner.

The legal framework requires a petition challenging the presidential election result to be lodged with the Court within seven days of the declaration of the results by the Zimbabwe Electoral Commission (ZEC). The Court must make its determination within 14 days of the petition being filed, as was done in the present case.

On August 24, the Court issued its ruling, with the full reasoning to follow in due course. The court determined by unanimous decision to dismiss the petition because, in its view, the applicant failed to provide “clear, direct, sufficient and credible evidence” that the irregularities materially affected the outcome of the elections. The Court further declared Emmerson Mnangagwa the winner of the July 30 presidential election.  The legal challenge has therefore concluded, and an inauguration should happen within 48 hours as required by the constitution.

Judicial independence is a central pillar of democracy and serves to safeguard the individual liberty of the people, including in the electoral context. However, the court ruling, and even Election Day itself, are but two parts of an overall election process. A full assessment of this electoral process must also consider the election’s broader historical context. For Zimbabwe, this context includes 18 years of political intolerance, electoral violence, and exceptionally limited opportunities for political competition. Extraordinary measures were required to overcome hindrances to electoral integrity and to establish confidence among the electorate that voters could cast a ballot freely without coercion or fear of retribution, and that contestants would compete on a relatively level playing field.

As noted in the ZIEOM’s August 1 Preliminary Statement, the pre-election period did not make that mark. Election Day was peaceful and relatively orderly, though problems were noted, which require attention in such close elections. The immediate post-voting period was seriously marred by the actions of security forces on August 1 in Harare and by other acts of repression directed against opposition leaders.  In an August 2 joint statement, the principal international observer missions present in Zimbabwe, including ZIEOM, emphasized that, “excessive use of force, including the killing of six people and wounding of 14, is deplorable. Arrests and retribution reported against opposition supporters also cause deep concern.”

ZIEOM therefore calls on all sides to rely on peaceful expression and to avoid acts or threats of retribution against political rivals following the Constitutional Court’s decision.  The security forces, meanwhile, must refrain from use of excessive force during this politically sensitive period.

The tremendous turnout of voters on Election Day demonstrated their will for a tolerant, peaceful and prosperous country. The country’s political leaders should honor those aspirations and recognize that the divided vote emphasizes the need for reconciliation and inclusive, responsive governance.  Moreover, to address the flaws identified in the 2018 electoral process, steps are required to rebuild confidence in electoral institutions; to enhance the mandate and resources available to those bodies that can play a constructive role in investigating human rights violations and in promoting tolerance; and to ensure prompt and serious police investigations of allegations related to politically-motivated violence.

Zimbabwe has not yet demonstrated that it has established a tolerant, democratic culture that enables the conduct of elections in which parties are treated equitably and citizens can cast their vote freely.  ZIEOM will continue to observe the immediate post-election environment and will issue its final report in the near future detailing specific recommendations for consideration by Zimbabweans as part of their deliberations about adopting a reform agenda. 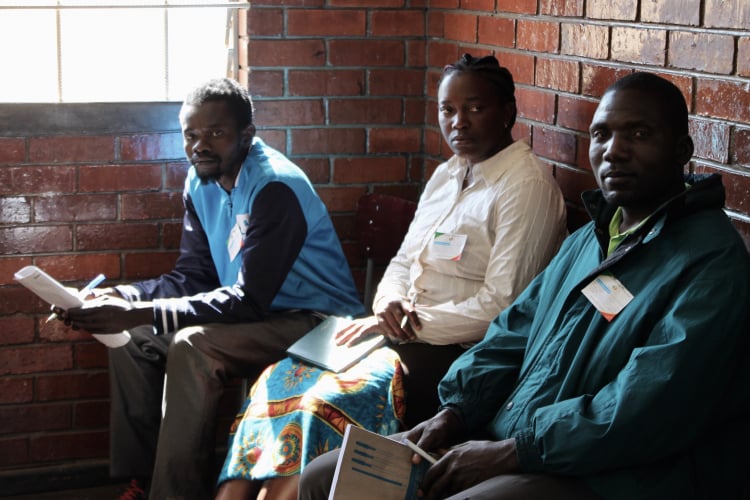