In the absence of public, independent, and statistically representative data, it has been difficult to quantify the timeline and intensity of changes in public opinion related to the Solomon Islands government’s response to the COVID-19 pandemic, Solomon Islanders’ top-of-mind concerns, corruption, and social cohesion. This study thus aims to fill that gap by anchoring qualitative information in objective numbers to provide a baseline upon which future research into public opinion in the Solomon Islands can build. The following are key takeaways from the report.

The government’s measures to prevent the spread of COVID-19 are largely seen positively, as they have contributed to keeping the country safe, but widespread rumors drive persistent COVID-19 vaccine hesitancy. In contrast with the strong approval of the government’s anti-COVID-19 health measures, there is near-universal agreement that there is a lack of transparency in government when it comes to public funding of pandemic recovery policies, which drives calls for more efficient monitoring, especially in terms of the COVID-19 Economic Stimulus Package (ESP).

Access to basic services is seen as satisfactory in the context of the pandemic, though people believe that the government should do more to develop the country outside the Capital Territory. The national government is seen as performing well when it comes to ensuring access to public services such as free healthcare and education, as well as improving key infrastructure. Still, the manner in which natural resources are managed is seen as opaque and detrimental to the interests of Solomon Islanders.

Unemployment and the increased cost of living drive pessimism in the future of the country. Solomon Islanders across provinces and socio-demographic groups call on the government to address deep-seated economic concerns. Demands for paid work opportunities are highest in the capital, Honiara. Men and those over 45 years old are significantly more concerned about the cost of living.

Confidence in government is tenuous, but some hesitate to voice their discontent. Eleven percent of survey respondents say they trust government ministries “a lot” and 37 percent “trust some,” while a large majority do not trust the Parliament to act in their best interests. Freedom is held in high regard by Solomon Islanders, but not all feel they can speak their mind freely and publicly about issues that concern them the most. While many say that they feel free to criticize the government’s performance and lack of progress on addressing corruption, some worry about reprisals in voicing their concerns.

Strong institutions, independent monitoring, and civic education are needed to effectively fight corruption. The sense of urgency the public feels around corruption can be harnessed and supported by creating opportunities for citizens to engage with the government and anti-corruption institutions. Corruption is viewed as pervasive and affecting every area of public life. The political elite is viewed as manipulating the system and taking advantage of leadership positions to serve their own interests and those who support them.

Solomon Islanders praise diversity and harmony, but competition for resources and changing social behaviors threaten the social fabric. A sense of unfair distribution of resources can create tension not only between citizens and their government, but also between provinces, within the community, and in the family. Women and youth are disproportionately affected by the nexus of poverty, violence, and crime. The research also finds that there is a clash between more progressive and more conservative Solomon Islanders, with the latter lamenting that some CSOs and increased access to technology, especially social media, promote “Western,” liberal values and behaviors.

Almost unanimous trust in religious leaders and high confidence in CSOs’ ability to deliver at the grassroots level drive wide support. CSOs are generally trusted for their long-term engagement and respected for their efforts across a range of sectors, particularly in providing assistance to marginalized populations, including children in need, people with disabilities, victims of domestic violence, and at-risk youth. There is a demand for an increased presence of CSOs on the ground, more awareness, and more sustainable funding. 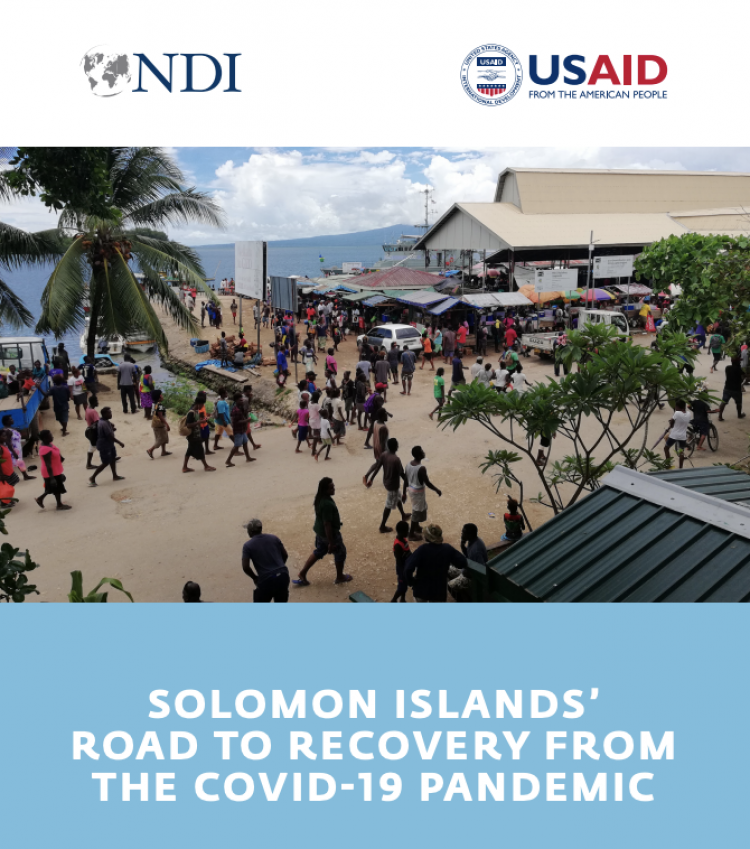