Between June and July 2020, NDI conducted four public opinion polls of young people in cooperation with research partners based in each of the Visegrad countries. The questionnaire engaged young people on their attitudes toward relevant national issues; the priorities influencing their voting intentions; and the responsiveness of government institutions and political parties to young citizen’s priorities. NDI research found:

Public opinion research conducted by NDI in 2018  revealed a lack of political engagement among young people in Central Europe. The research found that youth in the region neither believe that political institutions adequately represent their priorities nor that these institutions effectively include their voices. The outbreak of COVID-19 in early 2020 further complicated political environments throughout Central Europe. NDI’s research shows the following shifts in young people’s priorities, outlook, and political satisfaction:

The quantitative polls engaged up to 1,000 respondents in each country using Computer-Assisted Web Interviewing (CAWI) methodology.

The full research presentation can be downloaded below.

This project is funded by the National Endowment for Democracy

Visegrad Insight Podcast - No Involvement in Politics for the Young

The Visegrad Insight podcast speaks with Zuzana Papazoski, Resident Director for the National Democratic Institute in Central Europe, concerning young people’s attitudes towards the political environment and democratic institutions. In this conversation, Papazoski discusses the findings of NDI's Youth Attitudes on Politics and Democracy in Central Europe public research, conducted in the Czech Republic, Hungary, Poland, and Slovakia between June and July 2020. 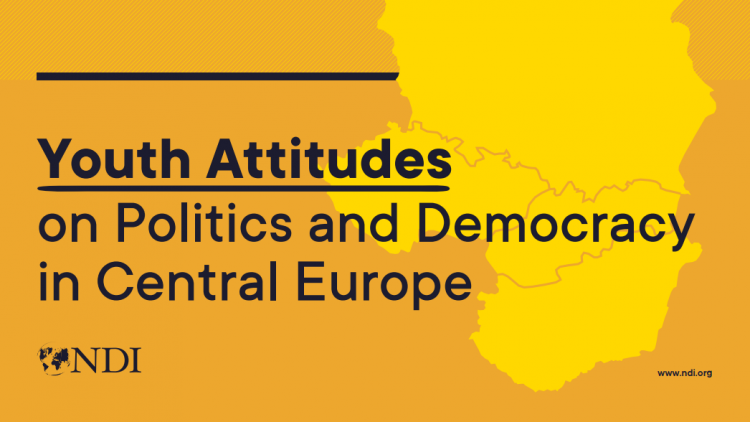